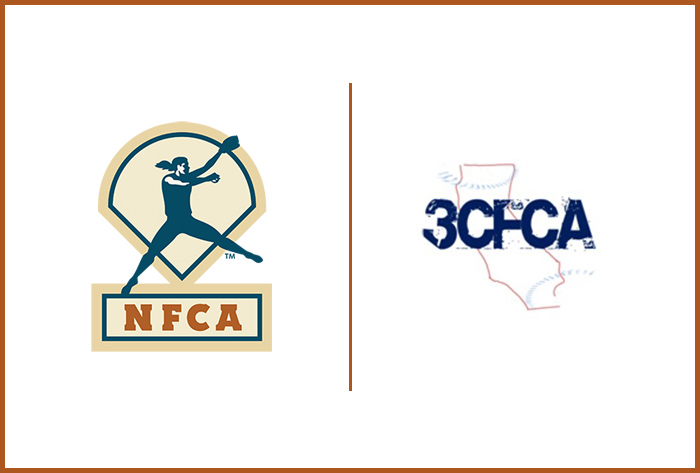 “I would like to thank the 3CFCA for making a huge commitment to their softball coaches by offering a membership to our Association,” said NFCA Executive Director Carol Bruggeman. “Everyone wins with this new initiative. Cal JC coaches will have access to all NFCA benefits and the 3CFCA will be helping grow the sport of softball. Special thanks to NFCA Cal JC Board of Directors Representative Darci Brownell for her efforts in bringing this initiative to life."

Behind those efforts of Brownell, head coach at Sierra College, the initiative will immediately grow the NFCA’s Cal JC membership and continue to expand the reach to two-year college coaches, both goals of the Association. More importantly it presents Cal JC coaches and their student-athletes the opportunity to have access to NFCA education, awards, events, networking opportunities and Convention scholarships. In turn, the Cal JC is making a financial commitment to their softball coaches, which opens the door for the NFCA to assist them in their quest for excellence.

“I am beyond excited with the new option of a joint membership between the NFCA and the 3CFCA,” said Brownell. “Colleges will have the opportunity to make one payment for both memberships. Thank you NFCA for this amazing opportunity to grow the game and our membership.”