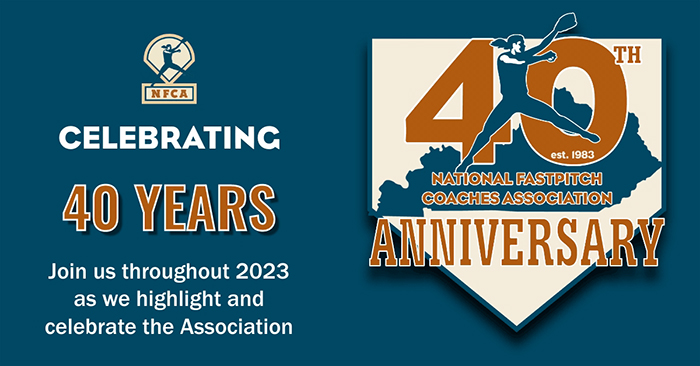 The NFCA will mark the 40th anniversary of its founding as a coaches association with a year-long celebration of its highlights, impact and growth over the past four decades. Join us throughout 2023 as we commemorate this historic event in a wide variety of ways, all leading to the NFCA Convention being held in our home city of Louisville for the first time in December.

To join in the observance, follow us on all social media platforms (@NFCAorg) throughout 2023. The yearlong celebration will culminate in the 2023 National Convention, held in Louisville, Ky., December 6-9.

Celebrating 40 years in 2023, the NFCA (National Fastpitch Coaches Association) is the professional organization for fastpitch softball coaches. Known for its highly-regarded coaches polls and All-America awards, the NFCA also educates and supports softball coaches on a variety of different levels: from podcasts to awards, to in-person events and National Convention.