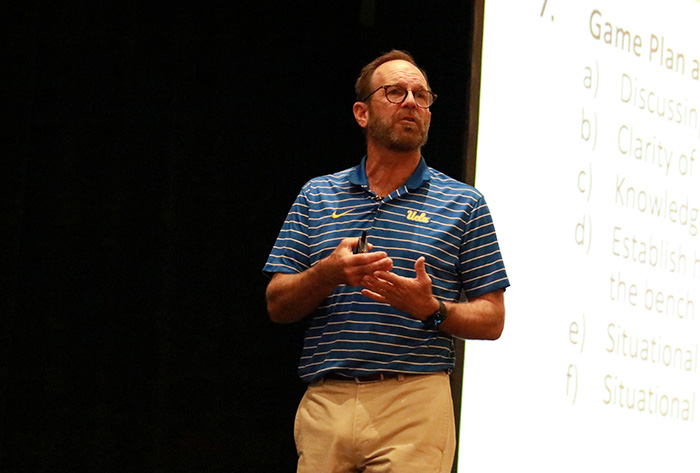 On the final day, members were celebrated for their accomplishments on and off the field, absorbed three more Drills, Drills, Drills sessions and participated in three educational tracks.

Additionally, each 2022 National Coaching Staff of the Year winner addressed their peers, along with Humanitarian Award recipient Janae Shirley of East Texas Baptist via video.

The brunch closed out with a heartfelt speech from 2022 Donna Newberry “Perseverance” award recipient Sharon Panske, who touched on her life, friends, family and the support she has received during her fight against stage four carcinosarcoma of the uterus.

The Convention concluded with the education tracks, a specialty program broken into three 45-minute sessions for Assistant Coaches and Instructors, along with a brand-new Playing Rules Education track on obstruction, pitching rules and instant replay. Attendees followed one track or mixed and matched the three to fit their educational needs.

The NFCA Convention returns in 2023 in the Association’s home city of Louisville, Ky., when the NFCA will celebrate in 40th anniversary.