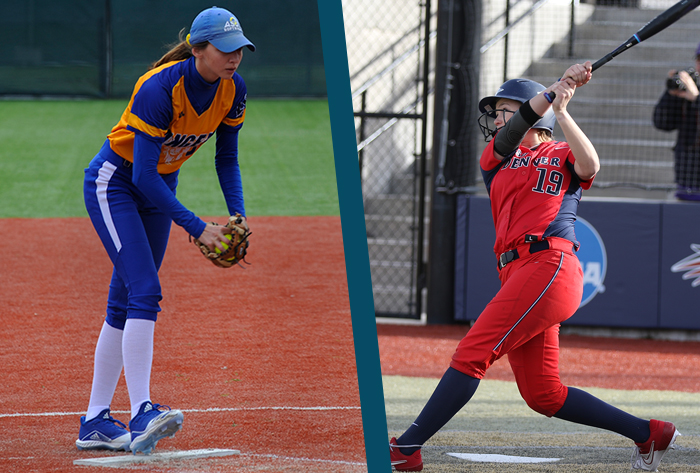 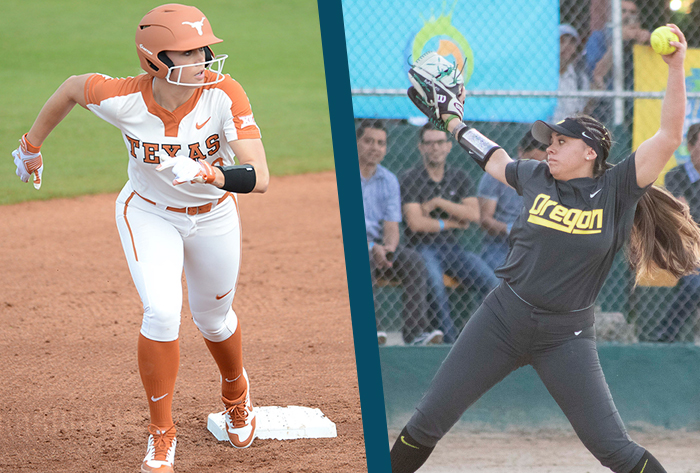 OKLAHOMA CITY, Okla. – It’s rare enough in any major collegiate sport that you see two siblings on the same team much less in starring roles for that team while playing the exact same position.

For Ivy and Ellen Renfroe that’s exactly the situation they live each and every day as part of the Tennessee softball program. On Sunday evening in Women’s College World Series action at the ASA Hall of Fame Stadium in Oklahoma City, Okla., that sister act proved just enough to help the seventh-seeded Big Orange top fourth-seeded Texas, 2-1, and secure a berth in the WCWS Championship Series.

Ivy Renfroe picked up the victory in the circle, improving to 22-4 overall after allowing just two hits, no runs, two walks and striking out six over 4.2 innings of work. Sister Ellen Renfroe earned her third save of the campaign after permitting one run on three hits with a single strikeout over 2.1 frames of relief. Second baseman Lauren Gibson (1-for-2, two walks, two runs) had the big blow for the Tennessee offense with a solo HR in the first, while pinch hitter Lexi Overstreet managed a RBI on a crucial bases-loaded walk in the sixth.

“Ivy and Ellen are both fantastic,” Tennessee co-head coach Ralph Weekly said. “As I said the other night, they would have had 30‑win records if one of them would have pitched on their own.  And Blaire Luna was sensational. I take my hat off to their staff and their coaches and their team for their run here at the College World Series. I'm just very proud to coach at Tennessee. I'm very proud to coach these young ladies, because, again, it's all about the players.”

For Texas, pinch hitter Lindsey Stephens was 1-for-2 while helping the ‘Horns claw within a tally on a solo HR in the bottom of the seventh. Blaire Luna took the loss to drop to 31-7 on the year by allowing two earned runs on three hits with eight walks and 12 strikeouts over seven innings.

With Luna having already tossed seven innings on Sunday during a win over Florida, Tennessee looked to take advantage of any opportunity to jump in front of the All-American hurler. Gibson provided just the spark that the Lady Vols were likely searching for in the top of the first, blasting a solo shot to left for a quick 1-0 advantage.

Texas began its half of the first with third baseman Taylor Hoagland drawing a leadoff walk. Unfortunately for the Longhorns, she never advanced past second base as center fielder Brejae Washington struck out, shortstop Taylor Thom grounded out sharply to third and designated player Kim Bruins chopped back to the circle to end the first frame.

During the bottom of the second, left fielder Torie Schmidt provided the Longhorns with their initial hit of the match-up as her sharp single traveled through the left side of the infield past diving Tennessee third baseman Raven Chavanne. A groundout off the bat of first baseman Karina Scott and a ball that eluded Lady Vol catcher Hannah Akamine behind the plate advanced Schmidt within 60 feet of pay dirt with two down. Unfortunately for the ‘Horns, right fielder Gabby Smith struck out swinging to leave a runner stranded in scoring position for the second straight inning.

The Lady Vols arranged a little two-out rally in the top of the third as Chavanne battled for a walk, swiped second and was immediately joined via free pass on the base paths by right fielder Kat Dotson. With Gibson, who already owned a HR in the contest, at the plate, a wild pitch advanced the speedy duo 60 feet into scoring position. UT’s second baseman got under a rise ball, however, lifting a towering fly ball to shallow center that was tracked down by Washington for out number three.

Second baseman Stephanie Ceo started the bottom of the third off in promising fashion for the Longhorns with a single right back through the middle to christen the frame. Renfroe wouldn’t allow Texas’ offense to string anything together, however, registering consecutive strikeouts of Hoagland and Washington before personally handing a chopper back to the circle from Thom to maintain the one-run advantage,

Bidding for more on the scoreboard, Tennessee put two runners on in the top of the fourth as shortstop Madison Shipman opened the frame with a single to left and designated player Rainey Gaffin walked with two outs. Once again Luna responded to the threat with a swinging strikeout of Akamine, expanding the Big Orange’s left on base total to four.

Texas’ most serious scoring chance of the first five innings occurred with two outs in the bottom of the fifth, and it all started with Ceo getting struck by a 1-2 pitch. Following a passed ball on Akamine that allowed the runner to reach second, Hoagland was intentionally walked, and on ball four, an illegal pitch was called as UT’s catcher stepped out of the batter’s box receiving the offering. With runners at the corners, Co-Head Coaches Ralph and Karen Weekly made a move to the bullpen, summoning in Ellen Renfroe in relief of her sister in the circle. The move paid off as the new pitcher got Washington to hit a slow roller to first as Cheyanne Tarango corralled the ball and stepped on the bag to end the threat.

Tennessee loaded the bases during the top of the sixth as Gibson managed a walk to open the frame, Tarango was struck on the left elbow pad by a two out Luna offering, and Gaffin followed with a free pass. That set the stage for freshman pinch hitter Overstreet to draw a huge walk, forcing in a valuable insurance run as the Lady Vol lead grew to 2-0.

Time for a comeback was beginning to run short for the ‘Horns entering the bottom of the sixth, so when Thom reached on an infield single starting the frame it had to please her dugout. Bruins followed immediately with a blooper over the glove of the leaping Shipman that dropped into short left center for a hit and suddenly Texas had a full-blown rally going with still no one retired. Ellen Renfroe refused to falter from the circle, however, getting a strikeout of Ogle, Schmidt to foul out to left and Scott to hit into a fielder’s choice to leave the duo where they stood as the ‘Horns missed a golden scoring opportunity.

The Lady Vols’ leaving the bases loaded in the top of the seventh without scoring looked even worse just one batter into the bottom of the frame as pinch hitter Stephens crushed a solo HR to center, cutting the Tennessee advantage to just 2-1. Ellen Renfroe got the initial out herself as Ceo hit a sharp bouncer back to the circle that was corralled and tossed underhanded to first. Shipman handled a Hoagland grounder to short and suddenly the Orange & White found themselves an out away from victory. Texas’ Washington swung at the first pitch she received and popped it up harmlessly to the circle as Ellen Renfroe made the catch to send the Lady Vols through to the WCWS title series.