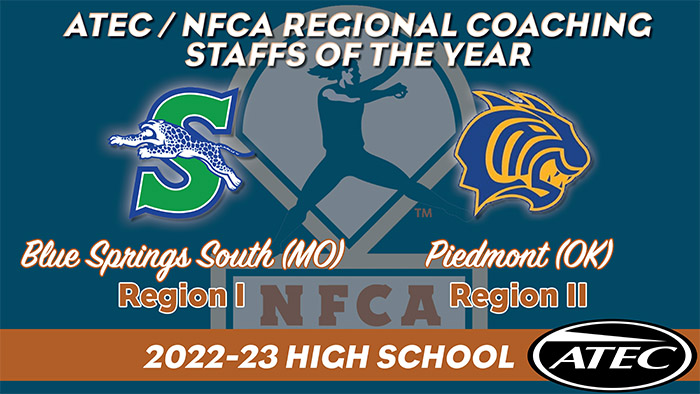 LOUISVILLE, Ky. – Blue Springs South (Mo.) and Piedmont (Okla.) were selected by their peers as 2022-23 ATEC/NFCA Summer/Fall Regional Coaching Staffs of the Year, the Association announced on Wednesday afternoon.

Representing the two regions that compete in the Summer and Fall of 2022, Blue Springs South (Region I) and Piedmont (Region II),  along with Regions III through X, who compete in the spring of 2023, are now eligible for the NFCA High School National Coaching Staff of the Year award, which will be announced on August 22, 2023.

Learn more about the NFCA and consider joining over 6,300 coaches today!