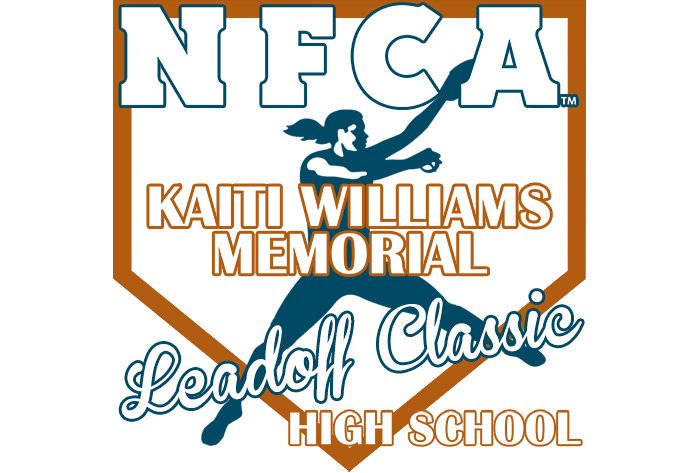 PAPILLION, Neb. — When the inaugural NFCA Kaiti Williams Memorial Leadoff Classic hosted by Papillion-LaVista South High School takes place on Sept. 2-3 at the Papillion Landing Softball Complex, it will be a reimagining of a tournament that has been held for the past 16 years.

The tournament, newly affiliated with the NFCA, honors the memory of Williams, who starred at Papillion-LaVista South High and went on to a record-setting career at Division II Wayne State College. She died unexpectedly due to an irregular heartbeat in 2015 at just 22 years old.

Money raised at the tournament will benefit the Kaiti Williams Memorial Scholarship, which helps female graduates of Papillion-LaVista South High pursue higher education and athletics at the collegiate level.

“We are very excited to partner with the NFCA for this tournament to showcase the fastpitch talent we have in Nebraska,” Papillion-LaVista South High head coach Tom Horton said. “With the help of the NFCA, I’d like to see this tournament expand to a national tournament in the coming years, and invite other states to participate.”

This year, the Titans combine their tournament with Millard North High to create a 16-team event. Teams will play two pool-play contests each on the first day to determine where they will compete on day two. The top-four seeded teams will be the ones in the mix for the tournament championship.

Horton, who faced Williams when he was coaching at Bellevue East High, remembers a fierce competitor.

“She was an amazing player,” he said. “Competed hard in every game we ever faced her in.”

In fact, Williams was the first Titan athlete to earn 12 varsity letters during her high school career, collecting four each in softball, basketball, and track and field. She earned academic all-state honors in all three sports, and captained all three squads her final two seasons.

She was all-state in softball three seasons, was a starter on the first Titan girls basketball team to reach the state tournament, and qualified for states all four years as a thrower on the track team, earning five medals and fourth-place finishes in the shot put and discus her senior year. Williams carried a 3.95 grade-point average and was honored as the Runza/KPTM Scholar-Athlete of the Year for the state of Nebraska in 2010-11.

In college, Williams played every game for the Wildcats’ softball squad and earned all-conference honors all four years. She finished as the school-record holder in batting average, runs batted in, doubles and total bases, and graduated with honors.

Williams was posthumously inducted into the Wayne State Athletic Hall of Fame in 2018, and her No. 14 jersey is retired at the school.