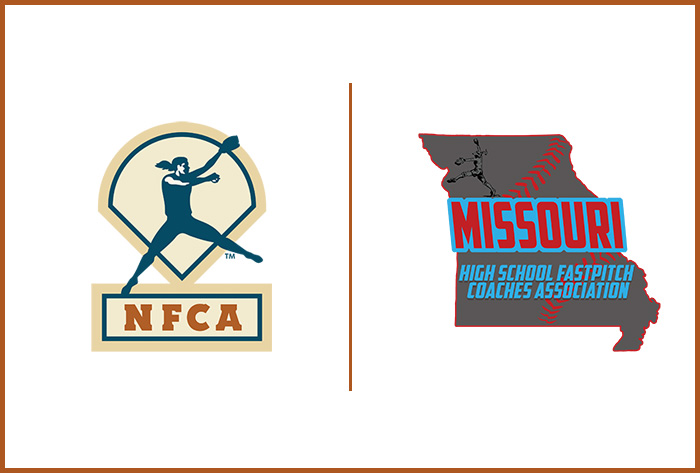 "What an historic moment!,” said NFCA Executive Carol Bruggeman. “Thank you to NFCA High School Board of Directors representative Kristi Williams and all softball coaches in Missouri for being the first state to invest in a joint membership with the NFCA. This collaborative initiative has been on our wish list for many years. With one annual payment,  Missouri coaches receive both state and national educational, event, and award opportunities. It's a 'win-win' for both coaches and student-athletes."

It will instantly grow the NFCA’s High School membership, a longtime goal of the Association, but more importantly it presents Missouri high school coaches and their student-athletes the opportunity to have access to NFCA education, awards, events, networking opportunities and Convention scholarships. In turn, the MHSFCA is making a financial commitment to their softball coaches, which opens the door for the NFCA to assist them in their quest for excellence.

Additionally, any coach who participates in the new joint membership will receive an education softball video bundle package of their choice ($50 value).

“The Missouri High School Fastpitch Coaches Association is excited to have been the pilot program for the NFCA/High School dual membership,” said Williams. “It was a quick turnaround, but our organization came together to get it done. Bryan Wallen, our president, and Becky Ross, our treasurer, took on the challenge and were instrumental in us being successful in this membership drive. We have over 130 coaches in our state who are now Dual members of MHSFCA and NFCA, with several others still taking advantage of NFCA, but on a separate membership. The state of Missouri got better this fall with the addition of this amazing opportunity! Thank you to Saralyn Campbell, Paula Blumenschein, Carol Bruggeman, and the entire NFCA staff for the endless support and encouragement!"

If your state association would like to partner with the NFCA please contact NFCA Marketing Manager and High School liaison Saralyn Campbell at saralyn@nfca.org.

The NFCA (National Fastpitch Coaches Association) is the professional organization for fastpitch softball coaches. Known for its highly-regarded coaches polls and All-America awards, the NFCA also educates and supports softball coaches on a variety of different levels: from webinars to a comprehensive drills database, to in-person events and National Convention.