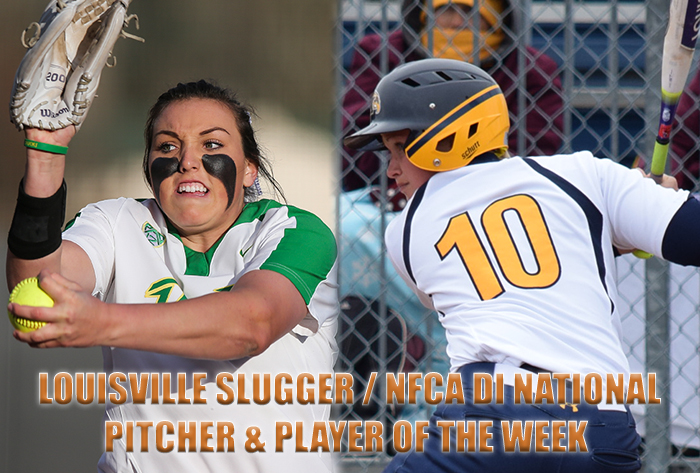 "This week has been amazing,” said Speers. “I am playing the game I love, seeing the ball well and it led to something special. It’s an honor to receive such recognition for this accomplishment. Of course, none of this would be possible without teammates who constantly support one another. They played a huge role and I am excited to see how far we will go this year."

The streak started with a solo shot in the seventh inning on March 22 at UCF. Speers followed with two more, including a grand slam, in the MAC opener versus the Chippewas. She added a single long ball in each of the final two games of the series with her fifth dinger ending the finale. If you add in her six walks against CMU, Speers has reached base safely in 11 straight plate appearances, tied for fifth most in NCAA Division I history. Also, a home run on March 20 against LIU-Brooklyn means she has left the yard in five straight contests.

"Holly is a very smart hitter,” interim head coach Eric Oakley said. “Every swing she takes has a purpose. She pays attention to every at-bat in a game, not just her own.  This week was the culmination of a lot of factors, but mostly just a lot of her hard work paying off."

Hawkins, who hails from Anderson Calif., posted three wins last week, two as a starter and one in relief. The senior left-handed hurler did not allow a run, struck out 24 and surrendered just five hits (.096 opp. BA) in helping the fourth-ranked Ducks earn four Pac-12 wins. On March 21 at Washington, she tossed the final 3.2 innings and allowed a hit with a pair of punchouts to earn the victory.

“I think the whole pitching staff did really well this weekend,” Hawkins said. “We were super aggressive. We attacked the zone and we held them off so that our hitters could score. I think that was the most important thing. It’s fun to be able to do that as a staff and get all three of those wins. Only seven hits allowed in the series, you can’t ask for more.”

In series opener against Stanford on March 24 at Oregon’s new Jane Sanders Stadium, Hawkins was on-point, twirling a two-hit shutout with 14 strikeouts. She earned her third win of the week, tossing five innings of shutout ball with eight Ks as the Ducks won their 18th straight game, matching the program record. It marked Hawkins’ first honor this season and second overall.