This group of student-athletes, which includes 2016 recipient Lyndsay Butler of Wayne State University, is represented by 23 different programs and 18 conferences. Sixteen student-athletes from the original Top-50 “Watchlist” made the cut with the final group consisting of 10 seniors, 11 juniors, two sophomores, one freshman and one graduate student.

The award was created in 2015 to honor the outstanding athletic achievement among softball student-athletes throughout Division II. North Georgia’s Courtney Poole was the inaugural winner of the award. 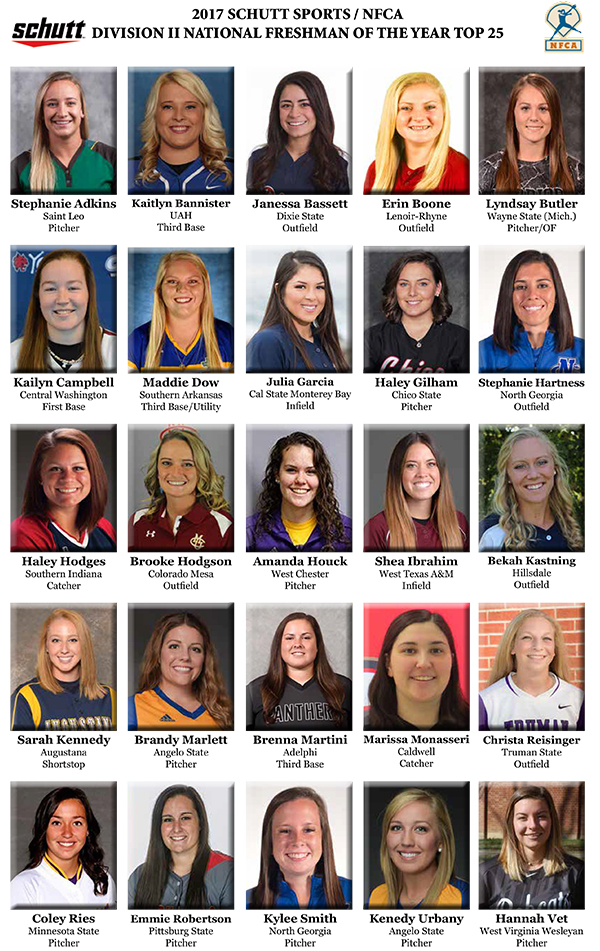