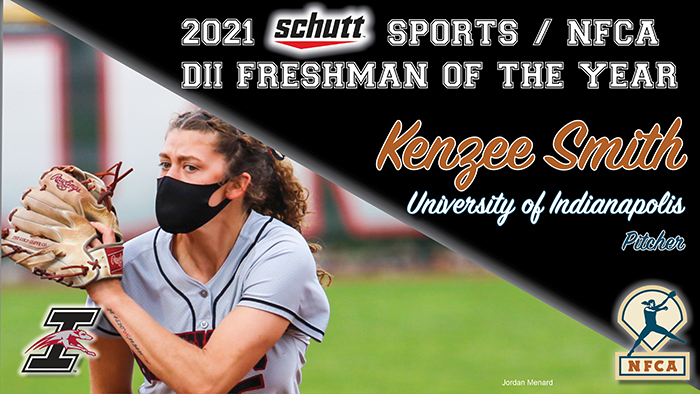 Smith, a first-team NFCA All-American, played an instrumental role in the No. 7 Greyhounds’ road to a NCAA Midwest Region final. In 31 appearances and 24 starts, the rookie hurler posted a 23-3 mark with a 1.21 ERA and 173 strikeouts over 167.1 innings of work. Smith registered eight shutouts, held her opponents to a .168 batting average and surrendered just four home runs in 677 plate appearances.

In addition to her All-America and freshman honors, Smith is a finalist for the Schutt Sports / NFCA DII Pitcher of the Year and was named the Great Lakes Valley Conference Freshman of the Year. Ranking highly in several NCAA statistical categories, the Indianapolis native sits in the top 25 in victories (t-7th), hits allowed per game (11th), complete games (15th), ERA (16th) and strikeouts (25th).

Created in 2015, the award honors the outstanding athletic achievement among freshman softball student-athletes throughout NCAA Division II. To be eligible, student-athletes must come from a NFCA member institution. With the cancellation of last year’s season due to COVID-19, eligible candidates may hail from the 2020 and 2021 freshman classes.