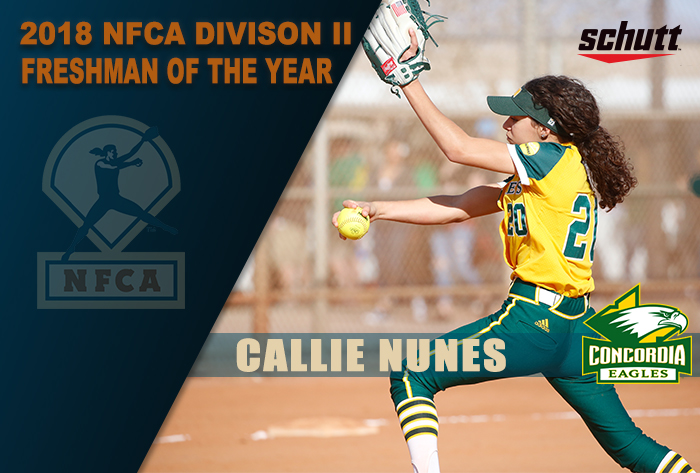 Nunes, first-team NFCA All-American and finalist for the 2018 Schutt Sports/NFCA Division II National Player of the Year,  keyed the Eagles to a PacWest title, a No. 2 overall seed and host in their first-ever trip to the NCAA Division II West Regional. The rookie hurler posted a 25-4 record with 10 shutouts, a 0.74 ERA and 289 strikeouts in 190.1 innings of work. Nunes twirled two no-hitters, held her opponents to a .129 batting average and registered eight saves.

The award was created in 2015 to honor the outstanding athletic achievement among freshmen softball student-athletes throughout Division II.