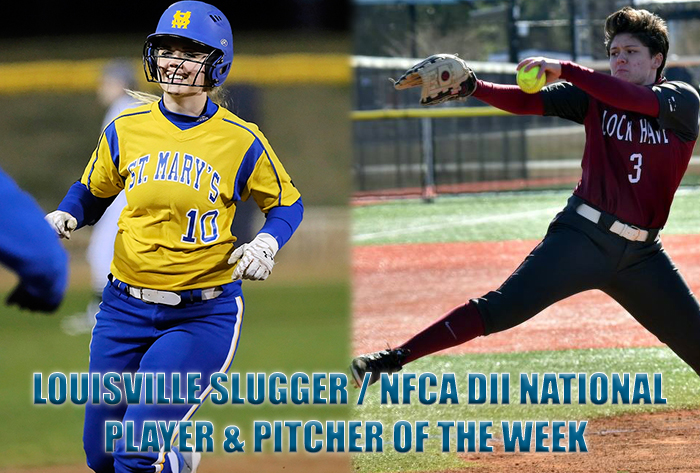 Swinging a red-hot bat for the Rattlers, Wellmann hit .750 (6-for-8) with four home runs, 12 RBI and seven runs scored in a three-game series at Rogers State. She also doubled and walked four times to register a monstrous 2.375 slugging percentage and .768 on base percentage for a scintillating 3.143 OPS.

“It’s a really good feeling to get these awards and know all the hard work is paying off,” said Wellmann. “I knew this year I had to step up and take on that role and be a leader both on and off the field for the team. I can’t say enough about my teammates, everyone on this team is doing their job. I may be getting all these RBI, but it’s because all of my teammates are getting on base. We’re all playing very well, we’re all hitting very well. Whenever I say this has been the only year in the previous three years I’ve played college ball that everyone gets along, I mean it.”

In game two of the series, Wellmann, a native of Brenham, Texas, launched a pair of long balls as part of a six-RBI outing. The senior homered, walked and scored three times in the opener. She capped of the weekend with her final home run, four more knocked in and two runs scored. Over the past two weekends, Wellmann has homered eight times, knocked in 26 and scored 12 times.

"Wow, I am very excited for Sydney but most of all very proud of her,” said head coach Donna Fields. “Although she is one of the few starters remaining from last year, she has shown a poise and a confidence about her that I believe has created the culture of this team. She has done a terrific job with making the adjustment at the plate this season.  Although the adjustment has led to several home runs, it is the fact that she is a tough out that has helped our offense be successful.  She has worn several pitchers down in her at-bats this season. Sydney has been such a wonderful addition to our program both on and off the field since she has transferred from Blinn Junior College.  She is a person of great character and discipline.   This is such a great honor for a very worthy individual."

Slattery played a big role in Lock Haven’s recent spring break trip posting a 4-0 record with a save and allowing just one run in 29.1 innings of work. The Douglassville, Pa. native, recorded a 0.23 ERA, struck out 26 and twirled three shutouts. In a week-opening win at Florida Southern she struck out a career-high 10 in the first of three straight shutouts in the Sunshine State.

“Last week was a successful one for me and the team,” said Slattery. I credit my team for having my back every game and wanting to win as bad as badly as I do. We have worked hard this off-season to improve our team in all areas and I believe we have the tools to be successful this season.”

Slattery continued her scoreless streak with five and four-hit shutouts of Cedarville and Minot State. The rookie southpaw’s streak of 22.1 scoreless innings ended with one out in the fourth during a eight-inning complete-game win over University of Charleston. She closed out her fantastic week with a 2.1-inning save against Assumption.

“Bekah found a great rhythm early last week and rode it to a few big wins,” head coach Kelly Shannon said. “We are excited to see her and the team continue working their processes, and seeing more success.”