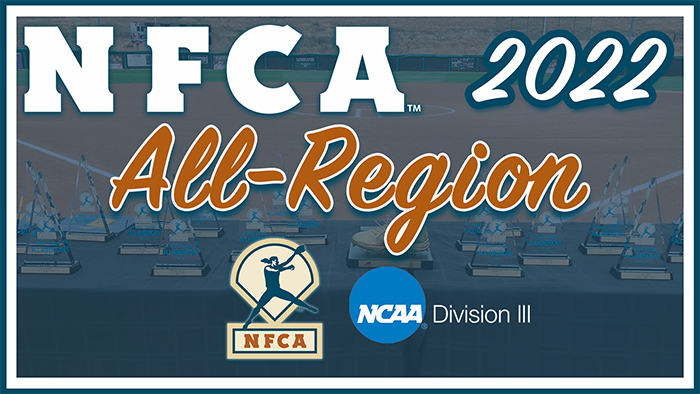 Top-ranked Christopher Newport in Region VI topped the field with seven selections, while five others — East Texas Baptist (Region X), Endicott (II), Johnson & Wales (I), Massachusetts Institute of Technology (II) and Texas Lutheran (X) — all had six on the list in their region.

The awards honor student-athletes from the Association’s 10 regions with selection to one of three teams. NFCA member head coaches nominate and then vote for the winners in their respective region.

If they were not already voted to an All-Region squad, conference Players and Pitchers of the Year from member institutions are added to the third team in their region, so long as they are nominated by their member head coach and receive votes.

All honorees move forward to be considered for selection for the three NFCA Division III All-America squads, which will be announced on May 24.