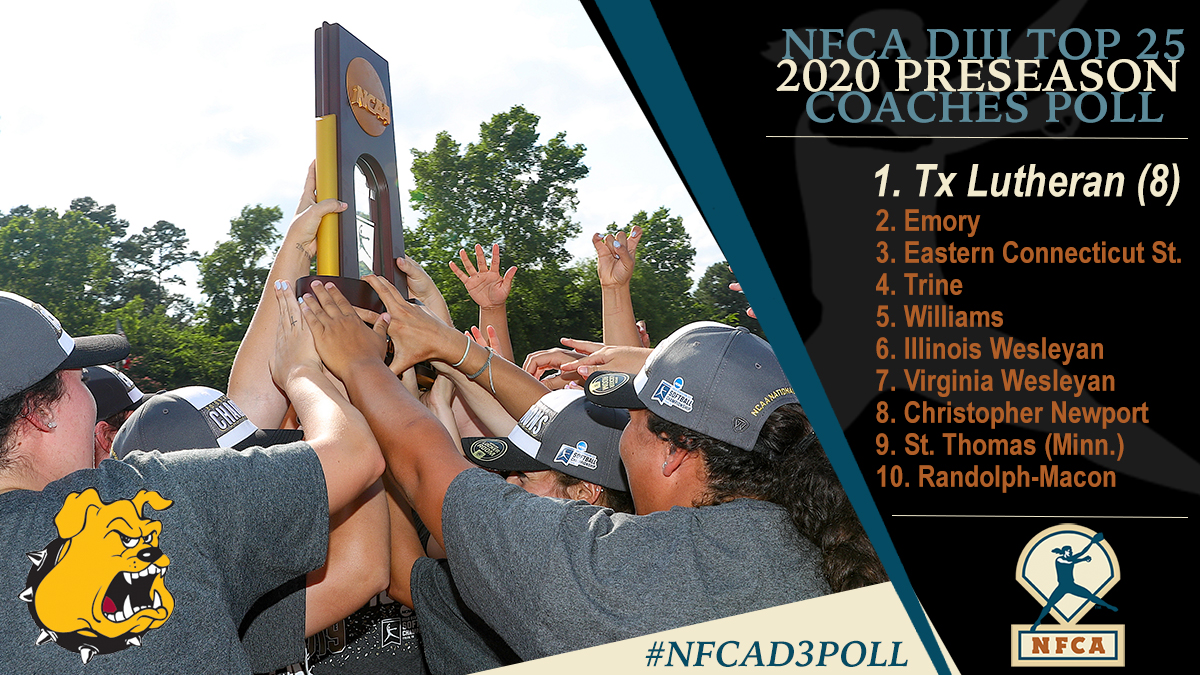 LOUISVILLE, Ky. — National champion Texas Lutheran starts 2020 right where it finished last season — as the unanimous No. 1 in the NFCA Top 25 Coaches Poll.

The (40-8) Bulldogs won their first NCAA Division III title last May, going undefeated in five games at the NCAA championship finals in Tyler, Texas, including a sweep of Emory in the best-of-three championship series.

Emory (39-14), meanwhile, opens second in the rankings after finishing as the national runner-up. The Eagles suffered their only two losses at the finals site on the final day to Texas Lutheran.

The six other NCAA championship finals teams all made the top 10, with third-place national finishers Eastern Connecticut State (36-13) and Trine (37-8) ranked third and fourth; fifth-place finishers Williams (39-7) and Illinois Wesleyan (39-10) at fifth and sixth; and seventh-place finishers St. Thomas (43-7) and Randolph-Macon (30-17) at ninth and 10th, respectively.