Randolph-Macon jumps to No. 5 in NFCA Division III Top 25 Poll 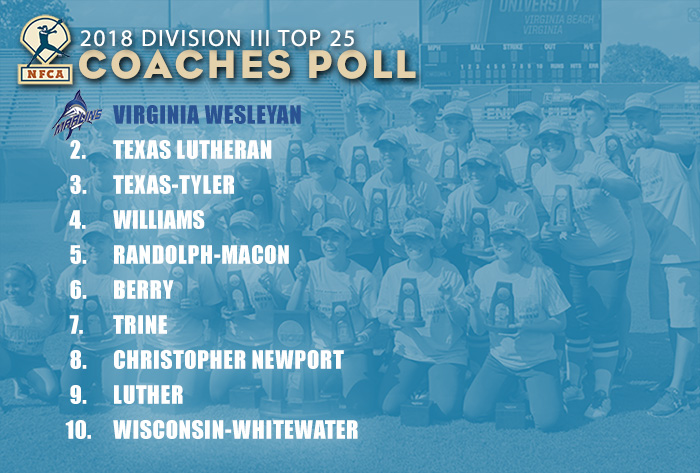 The (17-1) Yellow Jackets went 6-0 over the past week, with two wins apiece over Emory, Gettysburg and Norwich. Three of the six games ended early due to run rule, and the two games against Emory both went eight innings.

Undefeated defending national champion Virginia Wesleyan continues to lead the way in the top spot, sweeping Emory at home and taking two on the road from Salisbury, while Texas Lutheran (19-1), Texas-Tyler (14-1) and Williams (4-0) round out the first five.