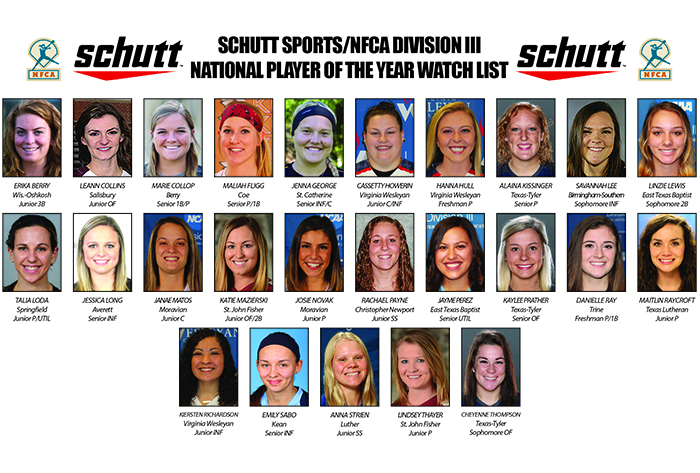 Defending national champion Texas-Tyler and current No. 1 team Virginia Wesleyan each have three players on the new list. East Texas Baptist, Moravian and St. John Fisher, meanwhile, rank second with two players apiece, while 13 others had one player selected.

There are seven seniors, 12 juniors, four sophomores and two freshmen in the group. The list has been adjusted as it has been reduced, to assure the best players in the nation this season are being considered. The eventual winner will come from this group of 25.

The list is a collaborative effort between the NFCA’s Division III Head Coaches and All-America committees. The 10 finalists will be named next month and the winner will be revealed following the conclusion of the season.