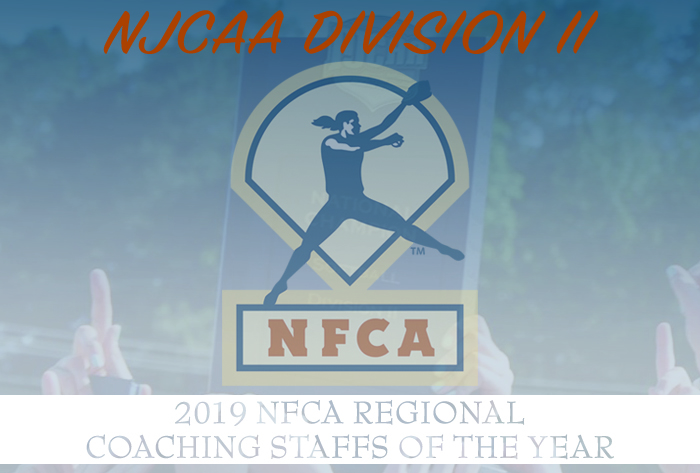 Head coach Chuck Slater, along with his assistants Bob Baxter, Jess Dubbs and Bill Saunders, guided the Cardinals to a 38-10 overall record and 17-1 in Maryland Junior College Conference (MJCC) play. CCBC Catonsville captured the MJCC title and reached its highest national ranking (No. 11) in 10 years. The Cardinals also earned the top seed in the NJCAA DII Region XX Tournament and currently leads Division II with a .433 batting average and .507 on-base percentage.

In the South, East Central finished its 2019 campaign with a 28-14 record, 21-8 in Mississippi Association of Community and Junior Colleges (MACJC) play. Steered by head coach Eric Neel and assistant coach Emily Church, the Lady Warriors enjoyed a 13-game winning streak and were ranked No. 12 nationally in the final NJCAA DII poll of the regular season.

The NFCA NJCAA Division II National Coaching Staff of the Year will be announced on June 7.