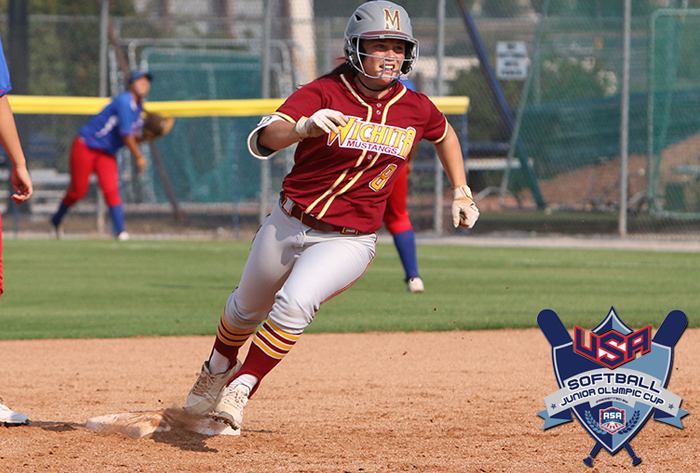 OKLAHOMA CITY - The Amateur Softball Association (ASA) of America and USA Softball announced the creation of the USA Softball Junior Olympic (JO) Cup, a one-of-a-kind youth fast pitch invitational tournament to be held July 26-August 1 in the Chino Hills, Calif. area.  Over 60 of the top youth fast pitch teams received an invitation for the inaugural event to field a tournament of the top 24 teams.  Those 24 teams will then compete for a prize pool with the top finishers receiving a cash donation award back to their participating 501c3 program.

"We are excited about the response we received from the invitations that were sent out earlier this year," said Chris Sebren, Director of Championships for ASA/USA Softball.  "We have 24 quality teams with some very talented players that are participating in our first year and it should prove to be a very competitive event."

Twenty-four of the nation's top teams have accepted their invitation to participate in the inaugural event.  The list of participating teams can be found by visiting the tournament website as USAJOCup.com

"We are very honored to be a part of the inaugural USA Softball JO Cup," said Mark Griggs, Head Coach of the Wichita Mustangs.  "We are excited for our players as they will be able to showcase their talents in front of the USA Softball National Team coaches.  This type of event has been talked about for years and ASA/USA Softball listened and made it happen."

“It is a privilege that we were invited to compete in this new USA Softball JO Cup," said Rock Gold Head Coach Rick Waye.  "ROCK 18 Gold has only played in ASA/USA GOLD Nationals since our inception and we’re excited about this new tournament.  With ASA/USA Softball evaluating all teams and players in this event, nothing could be more thrilling to our players, parents and coaching staff.  We can’t wait to travel to California and we look forward to competing with some of the most competitive teams in the country."

Hosted by the Southern California ASA/USA, invitations for the USA Softball JO Cup were sent out based on prominent ranking systems.  Scheduled to take place following the 2015 ASA/USA GOLD National Championships

, the USA Softball JO Cup will be a five-game guarantee National Invitational Tournament (NIT) that will follow standard ASA/USA play.  Teams will participate in three pool play games to be followed by a double-elimination bracket.  Teams will be seeded into both pool and bracket play through a blind-draw.  Once teams complete pool play, they will enter into bracket play to compete for a prize pool of over $70,000 with the Top 12 finishers receiving a guaranteed cash donation award back to their respective 501c3 program (see NCAA Bylaw 12.1.2.1.5 for information on payment based on performance

"We believe that the Junior Olympic Cup provides a great opportunity for our young ladies to exhibit their fast pitch skills for the USA Softball National Team Coaching Staff," said Greg Schnute with the East Cobb Bullets.  "We are excited to play in the first-ever USA Softball JO Cup!"

In addition to competing for a prize pool, participating teams will also have the opportunity to compete in front of members of the Women's National Team Selection Committee (WNTSC).  With the possibility of softball and baseball returning to the Tokyo 2020 Olympics, this tournament will further serve as an identification tournament for the USA Softball National Team Program.

"The USA Softball JO Cup is a great opportunity to have some of the best teams coming together to play in a tournament that has prestige and a prize," said Women's National Team Head Coach Ken Eriksen.  "This tournament will help establish who the most competitive programs are in the country.  The entire USA Softball Coaching Staff will be present to evaluate these players for our future National Teams."

About ASA/USA Softball
Founded in 1933, the Amateur Softball Association (ASA)/USA Softball is the National Governing Body Softball in the United States and a member of the United States Olympic Committee. One of the nation’s largest sports organizations, ASA/USA Softball sanctions competition in every state through a network of 74 local associations and has grown from a few hundred teams in the early days to over 165,000 teams today, representing a membership of more than 2.5 million.  ASA/USA is responsible for training, equipping and promoting the six USA Softball National Teams that compete in international and domestic competitions. The USA Softball Women’s National Team is one of only two women’s sports involved in the Olympic movement to capture three consecutive gold medals at the Olympic Games since 1996. The U.S. women have also won nine World Championship titles as well as claimed eight World Cup of Softball titles. For more information about ASA/USA Softball, please visithttp://www.asausasoftball.com/