Going behind the glitz and glamour of NFCA awards

Beyond the Fence presented by Netting Professionals
Annie Gordon
2399 Hits 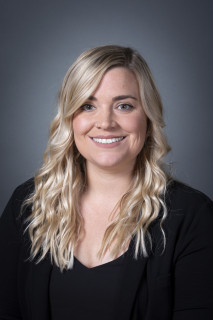 This is Annie Gordon, the Director of Outreach & Creative Design for the NFCA. This is my first blog post and it's one near and dear to my heart (and my job description) … Awards and Scholarships!

Chances are if you're an NFCA member, you've been involved in some sort of NFCA award – whether that's a Victory Club 100-win mark, the newly-introduced membership milestone, an All-Region honor or the grandest of them all, the NFCA Hall of Fame. This means, chances are, you have probably received an email or two from me talking about deadlines, timeframes, or proofing your award. 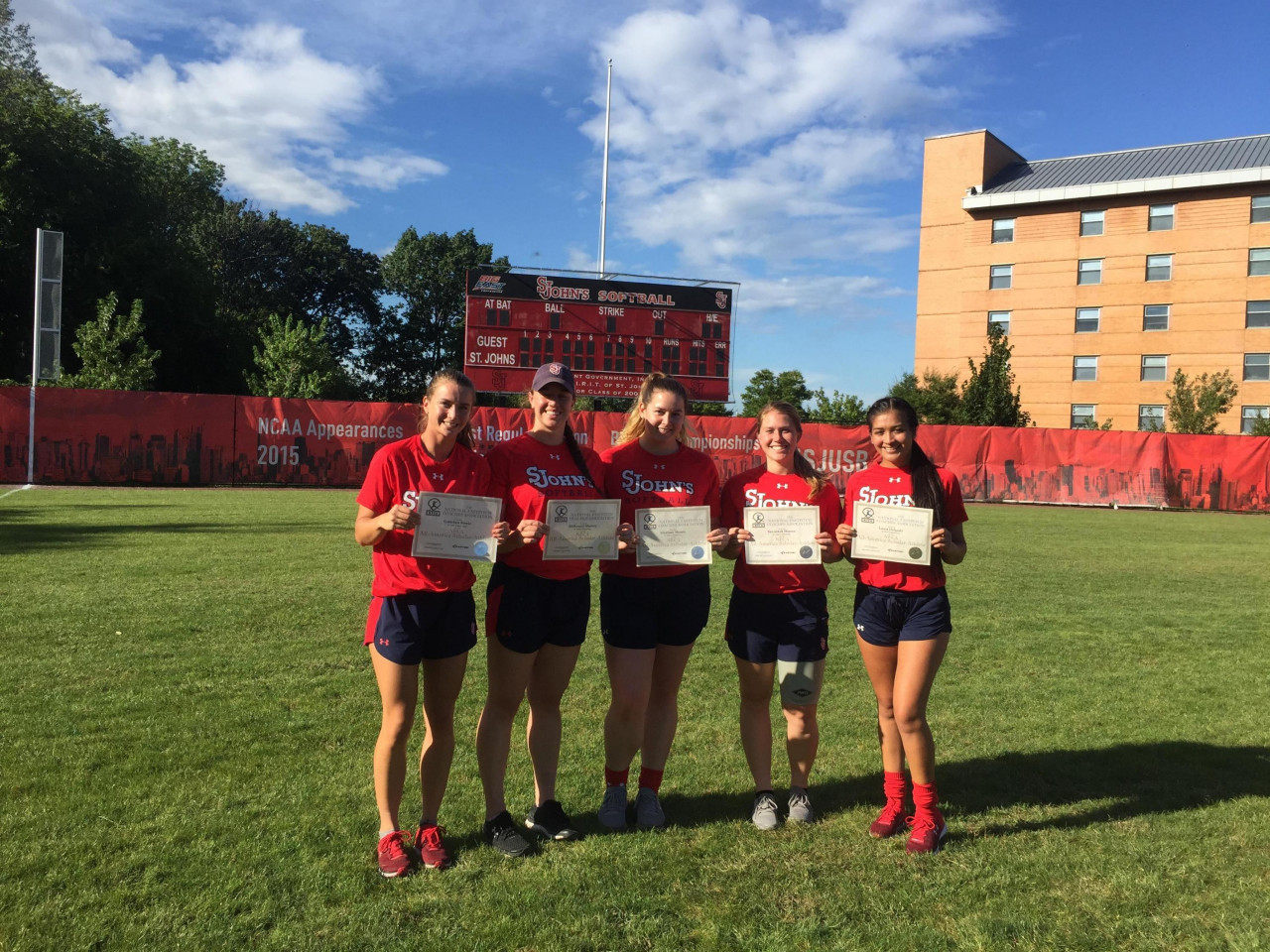 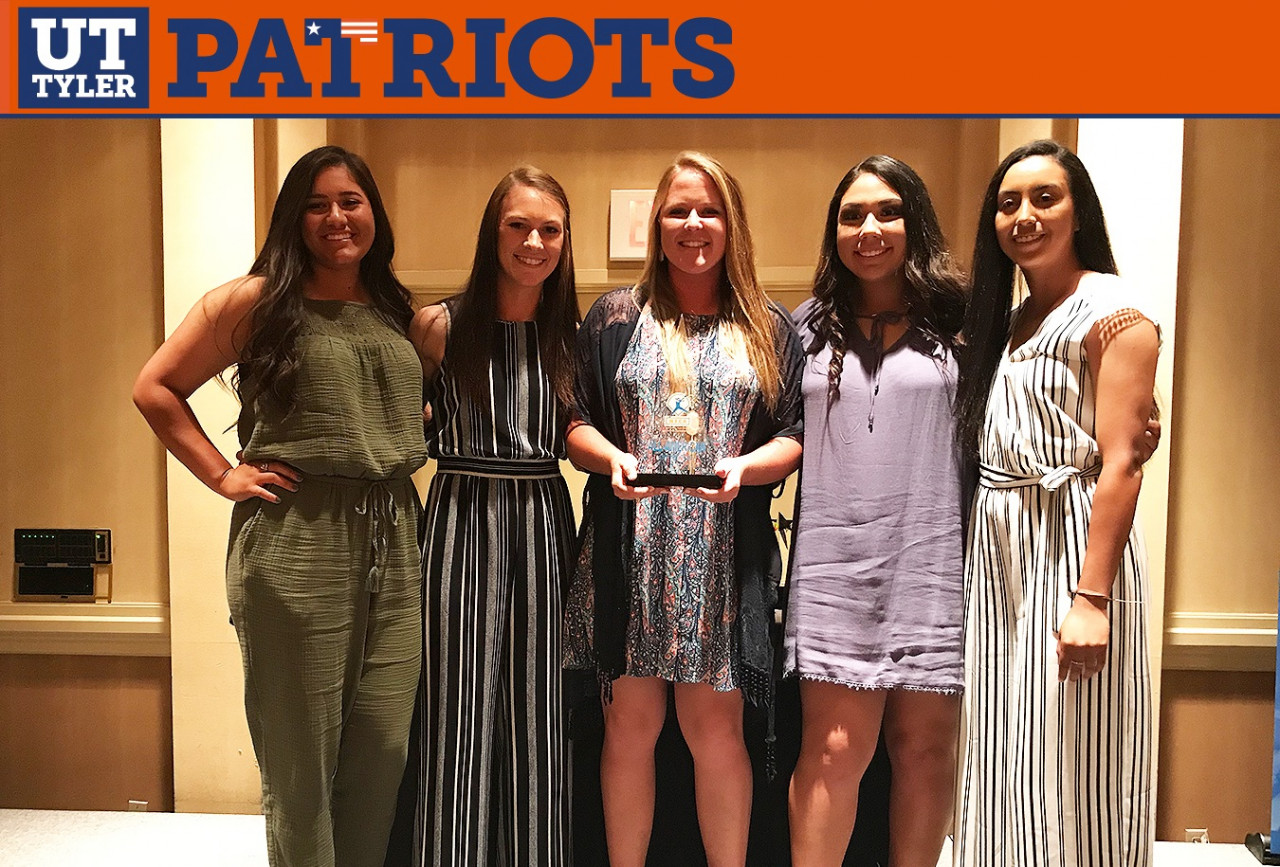 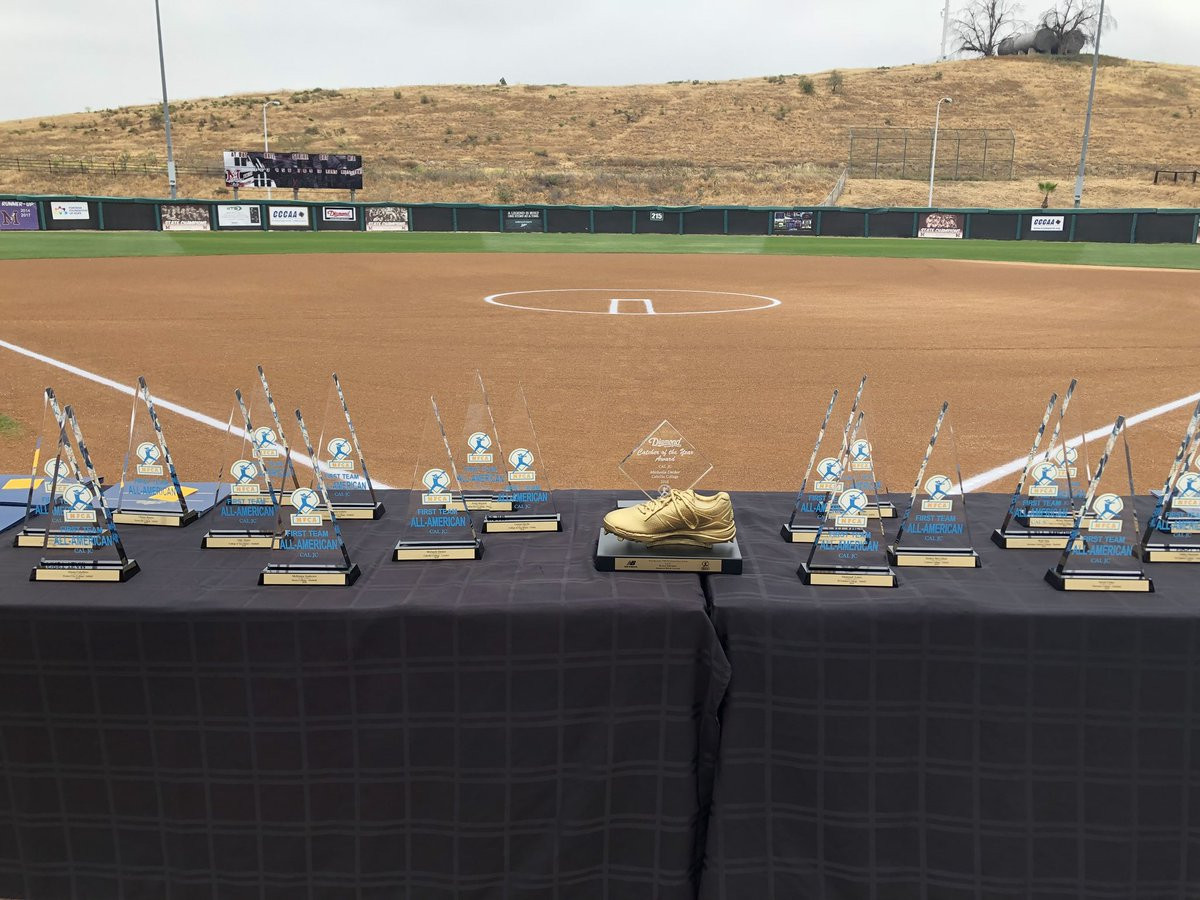 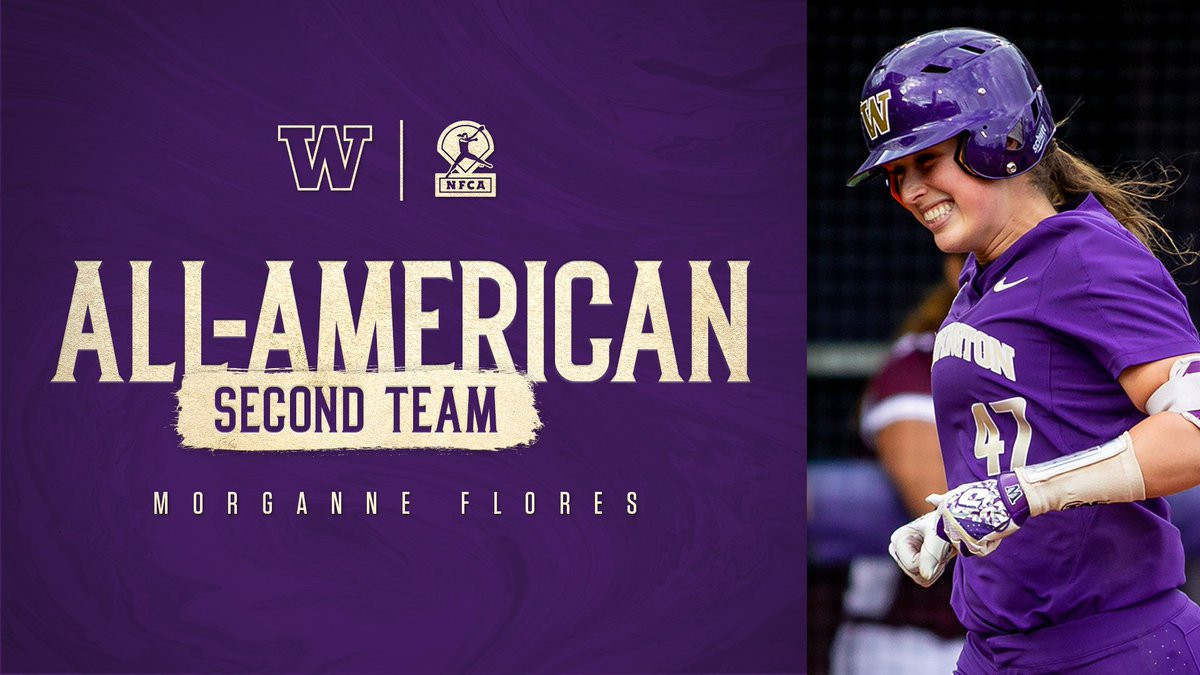 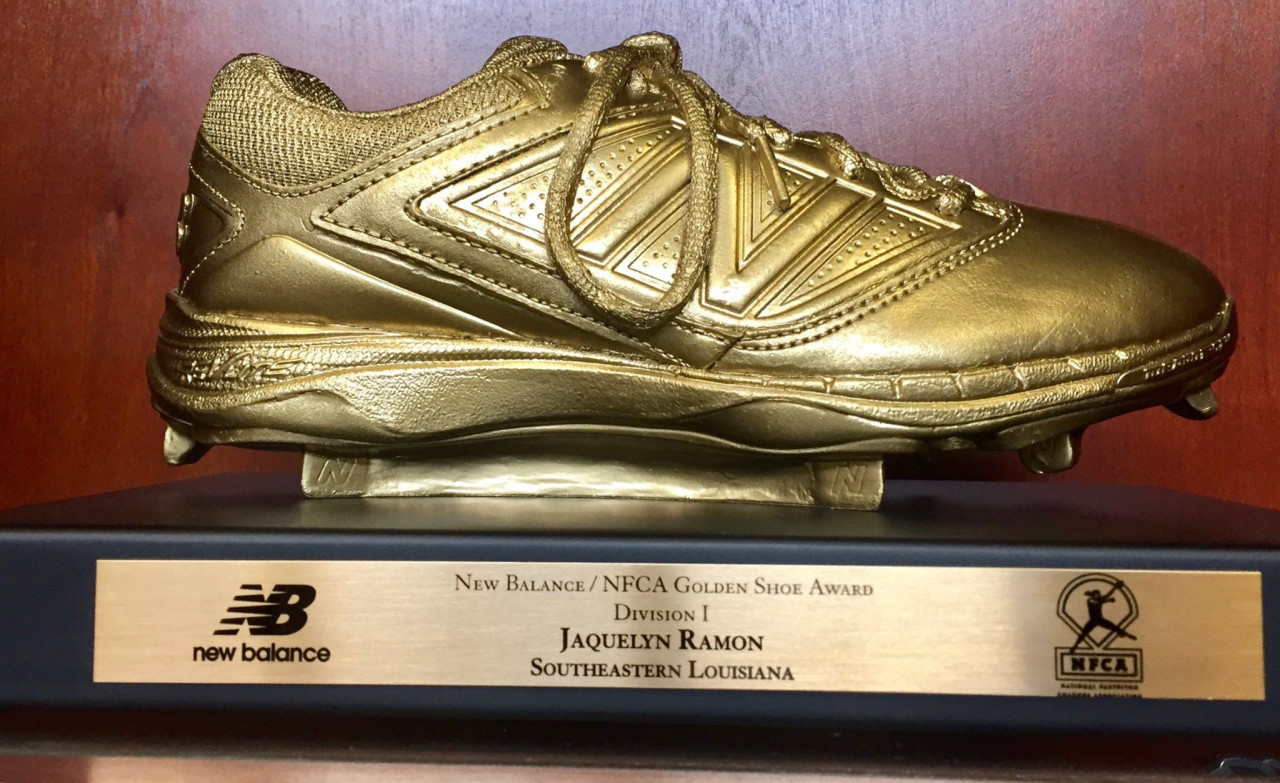 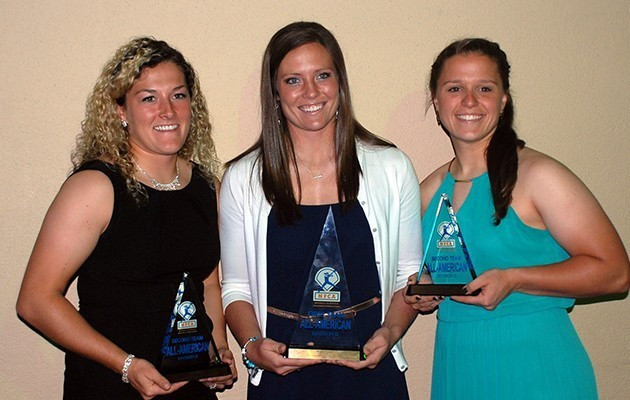 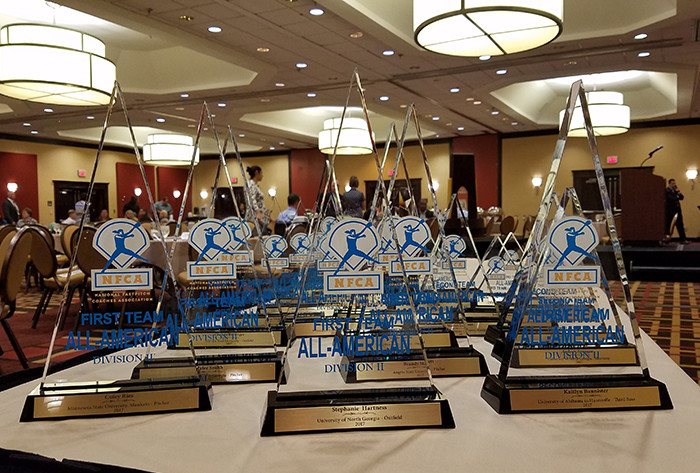 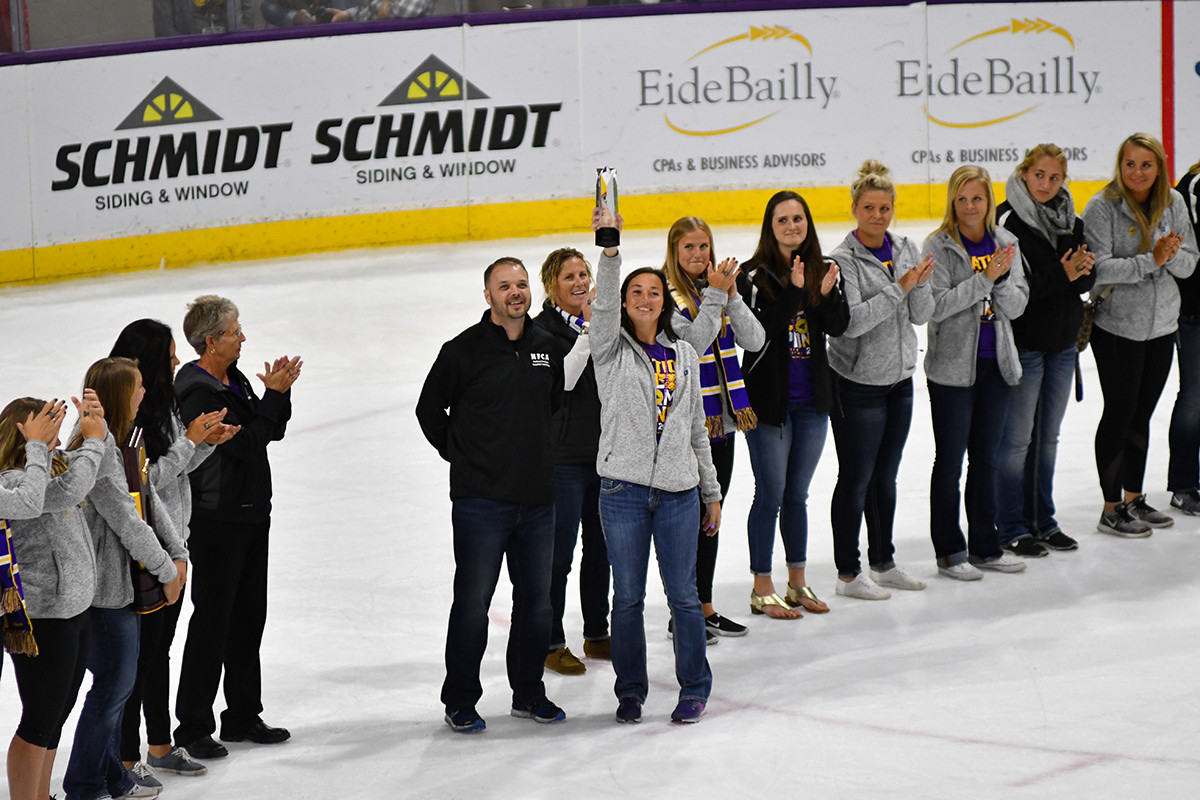 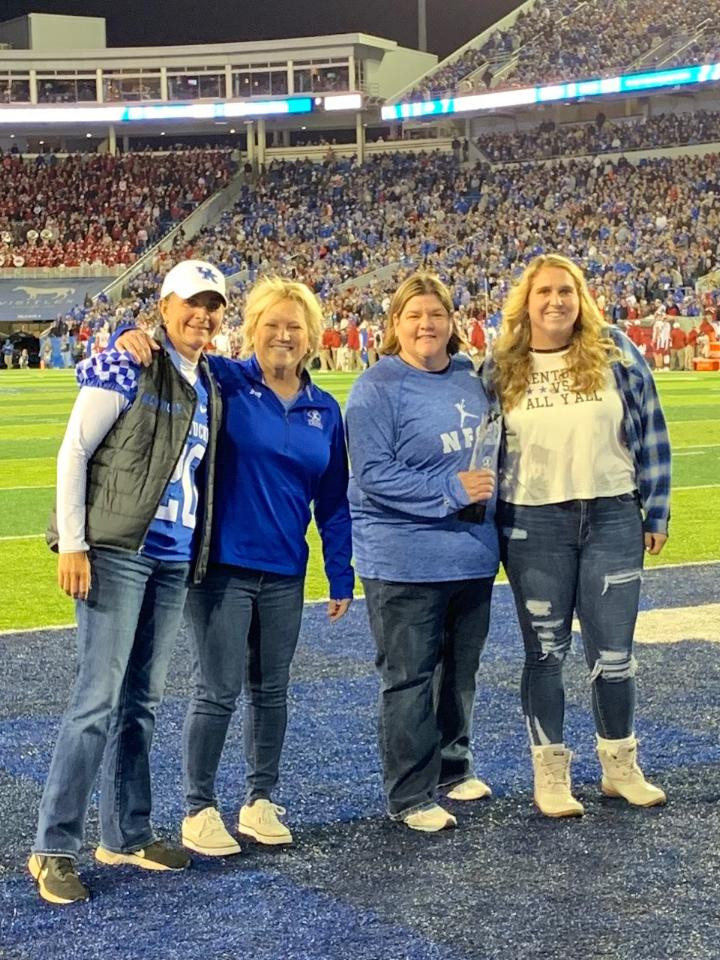 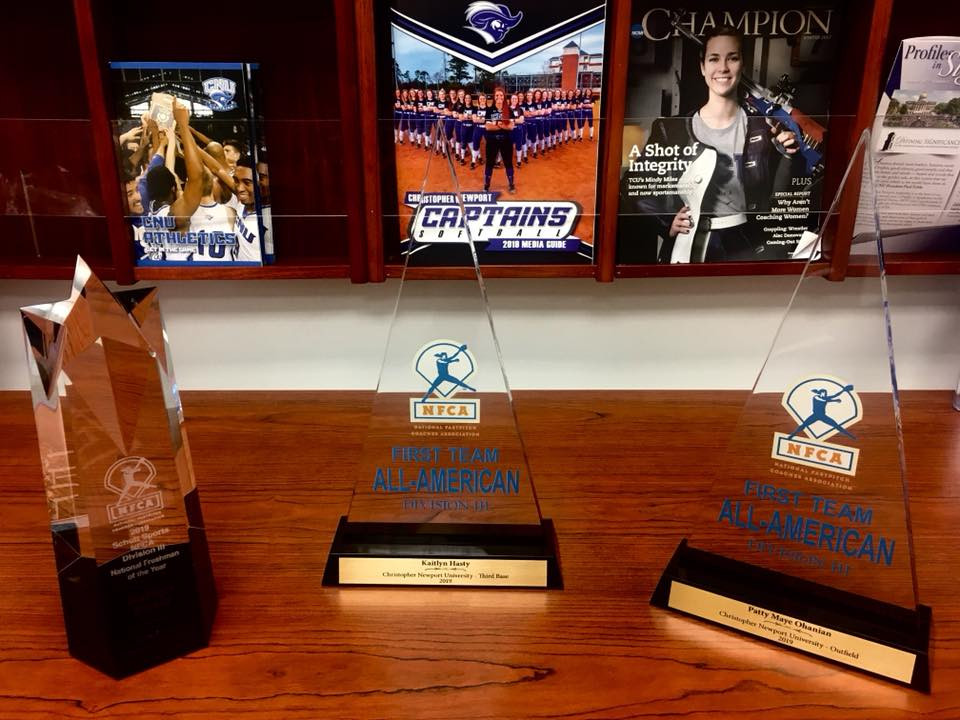 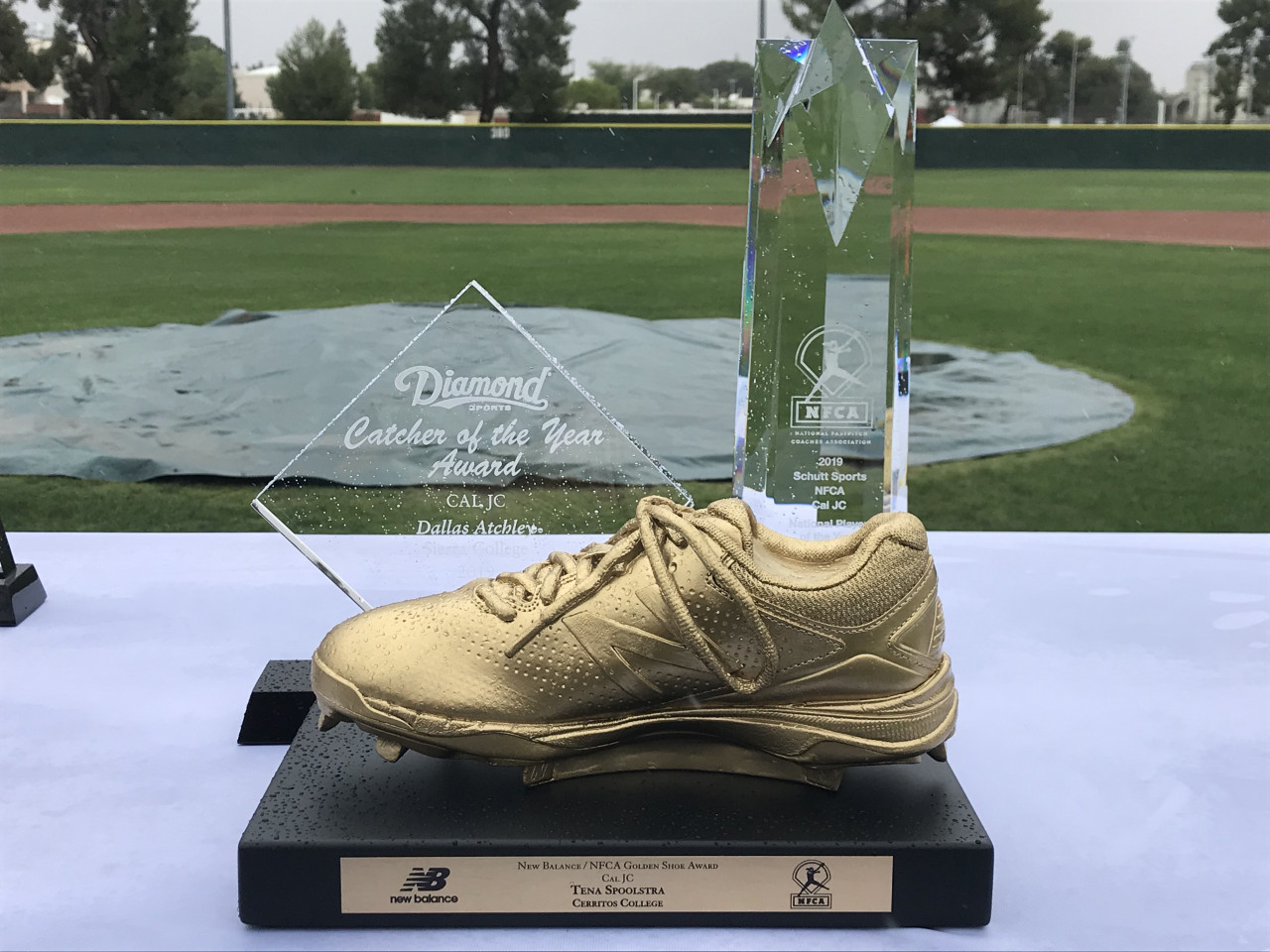 The NFCA is known for many of our student-athlete awards, particularly the All-Region & All-American awards and the Easton / NFCA Scholar-Athlete honors. We also award athletes of member coaches throughout the season with MaxPreps & Louisville Slugger Player of the Week selections, end of season Schutt Sports Player, Pitcher, and Freshman of the Year awards, Diamond Sports Catcher, and New Balance Golden Shoe awards. Each year the NFCA awards over 9,500 student-athletes! That's a TON of awards. Many of our awards (but not all) are sponsored. These coveted awards are displayed in offices across the country, mentioned on ESPN, and promoted on social media. If you're a sponsor reading this and you want in on the game, email carol@nfca.org. 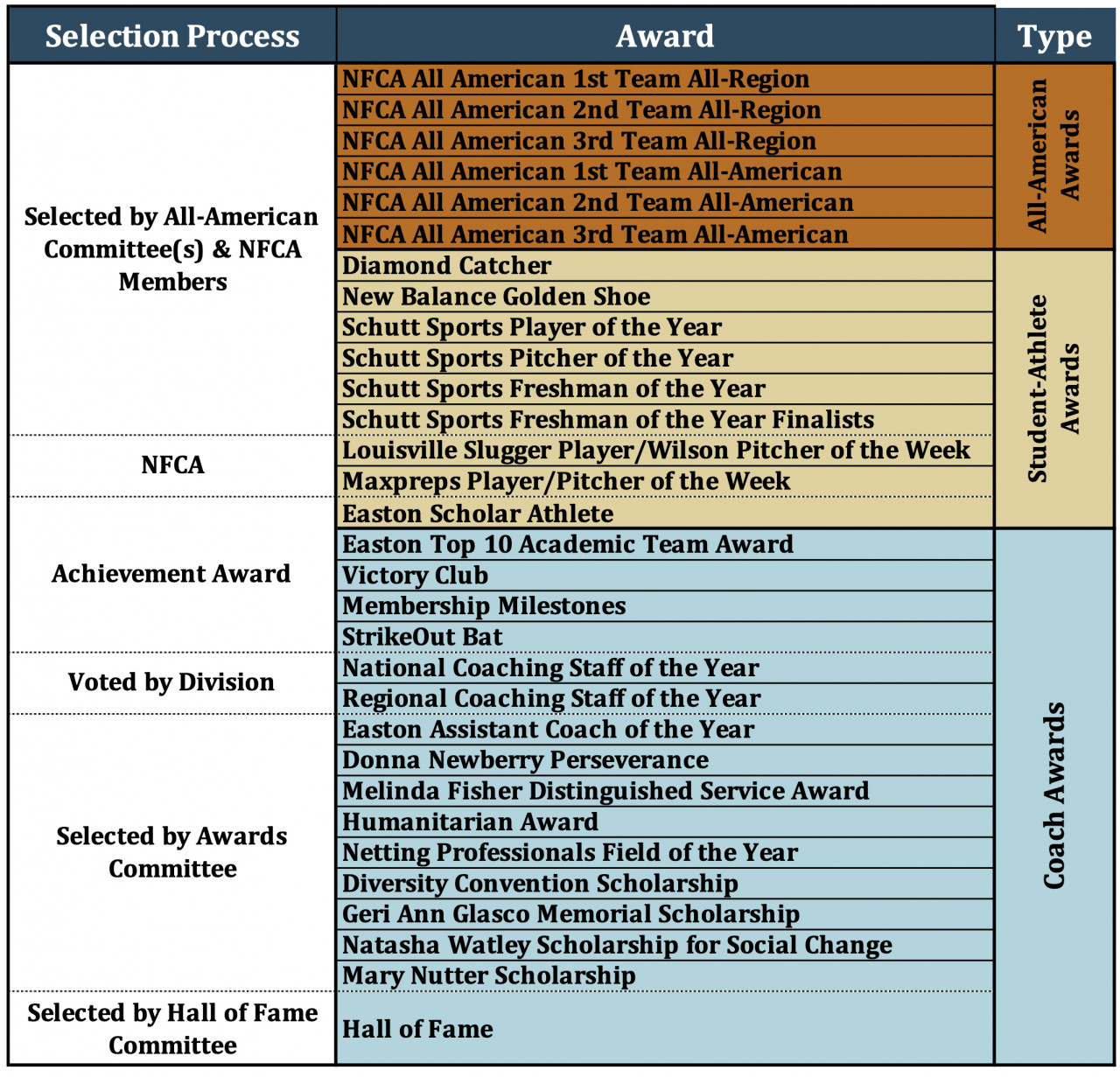 But what about the coaches who fostered the development of those players? Submitted the nominations and navigated the season? I want to talk about all of you! The NFCA is, after all, a coach's association. We love honoring your student-athletes but we are here for YOU.

The NFCA awards program features over 20 different awards to reward coaches and we typically honor over 400 coaches each year. Check out the table to the right to see just how many different things we do! Do you have any idea what goes on behind-the-scenes to celebrate this special percentage of our 5,600 members? That's what I'm here for!

Pull up a chair!