Beyond the Fence presented by Netting Professionals
Paula Blumenschein
1196 Hits 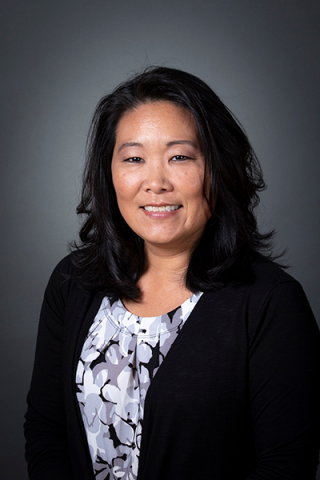 This is Paula Blumenschein, Director of Membership here. Awards season is back baby! It's so nice to hear the excitement in our member coach's voices as I assist with membership renewals, school/position updates, and password resets (if in doubt try 'softball')! Throughout the year NFCA members enjoy many benefits including access to hours of educational content and networking opportunities to name a few. But in the spring, NFCA members are able bring national recognition to their student-athletes for accomplishments on and off the field as well as honor fellow coaches for their achievements. We don't want anyone to miss out on the fun, so starting early in the year, I check membership status for all schools in each division and send frequent updates to divisional liaisons. In turn, divisional liaisons are able to send friendly renewal reminders to members, and invite those who are not members to join us!

So now you're a member, double-checked and confirmed, and ready for Awards Season! What to do next? Mark your calendar! All the dates and deadlines are housed on our very own NFCA Calendar that can be downloaded straight to your device. 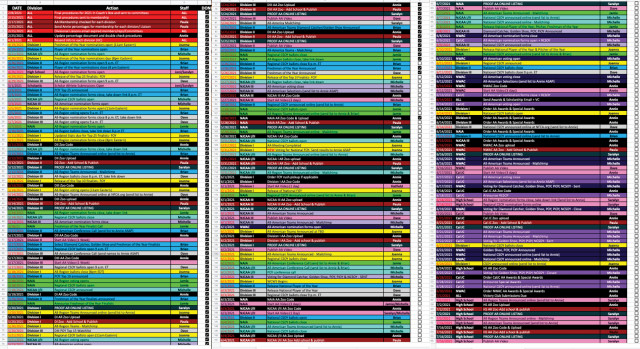 Speaking of dates and deadlines, checkout our internal timeline for awards --->

This is a birds-eye view of all the moving and shaking we do during awards season.

The office gets a little hectic with all of the press releases, social media posts, meetings, trophies, championships, etc. I'm writing this while I enjoy the WCWS on TV in my office. Did I mention we love this game?

Just like all of you, we prepare all year for the postseason.

I'm going to bring in some of our staff members to help break down some of these items. It takes a team to tackle the postseason!

First up, Brian Stanley, our Director of Communications. If any of you know Brian, communication is where he thrives! It's up to him to coordinate, write, proof, and publish most of our announcements. It's a good thing he's not short on words because he pumps out over 100 press releases during the postseason! Let's see what he's got to say...

"It may seem at times to be daunting (writing press releases early in the morning and late at night), but the big board in my office, delegating, Dave Hines (our on-hand writing style guru) and many sets of eyes, make the process go by like a passed ball. It all starts with a few "Watch Lists" in late April and then it really ramps up when All-Region teams start to be announced in mid-May. Writing the press releases is the easy part. The prep to get the information (number of student-athletes, conferences, who leads each region, etc.), and get it right, is where time management and the NFCA team come in clutch.

During that prep, I always find a few nuggets (program firsts, a four-time first-team all-American, conference leaders, etc.). For example, this year Division II had six programs receive their first NFCA All-American and one Division I program honored three All-Region selections after having only one in their entire softball history. As a former SID, those little facts, game-note fillers, and random trivia tidbits are what I live for.

I can't tell you the sheer amount of words I type or hours that are spent, but as with a lot of things in life "if you enjoy doing it, it's not really a job and it will be over before you know it."

As you can see we love what we do and we love honoring coaches and athletes.

But everyone knows it didn't really happen unless you post about it!

This year, between April 19th and October 4th over 400 social media posts will be uniquely created to remind members of deadlines and to announce a plethora of honors. Additionally, most major announcements include an email sent to the membership division being awarded. This awards season over 45 emails will be sent highlighting the honors presented, ranging from Coaching Staffs of the Year to the highest student-athlete honor, All-American. Shout out to Saralyn Campbell, Marketing Manager, for her tireless twitter thumbs and her ingenious Instagram posts!

The time and effort spent in curating each post or email is dedicated to our coaches and student-athletes. To create a single social media post, including the accompanying graphic, a couple members of the NFCA team will spend at a minimum 30-45 minutes ensuring the graphic looks professional, the spelling is correct, we are linking to the correct place, we are utilizing a couple emojis, and so much more. The details do not go unnoticed around our office and everyone needs to have their "eagle eyes" on before all major announcements. We take pride in creativity and consistency - those are always the values behind everything we do.

NFCA All-Region and All-American athletes must be nominated by their NFCA-member head coach, are voted for by the coaches in their region or division, and ultimately selected by elected All-American committee members to receive this prestigious accolade. These honorees are in the top 1% of student-athletes competing during the 2021 season. All special awards are also selected by the All-American committee members or by the entire division.

But how do these prestigious honors get bestowed upon those talented athletes you ask? (I'm assuming you used those exact words as well). Procedures. Procedures. Procedures. Time, metrics, and a whole lot of procedures. Each division depending on it size, membership, and makeup have allotted procedures specific to their needs. Although we do this across divisions we are going to use the NCAA Division I as the example.

It's time to put on your glasses 🤓, push them up the bridge of your nose and get your inner geek on. Annie Gordon, our staff member who oversees awards, was tasked with housing, reviewing and updating the All-American procedures. She sat down with me to review the written documents. They contain words like: prohibited, quorum, and accrued … So, we'll leave these for another day, sorry Annie. And you're welcome reader 😉... The most important thing to know about the lengthy and meticulous procedures (found in your Coach's Box) is that they have been reviewed by legal counsel and each divisional committee, they are thorough, and provide structure for our committee members and the all-important nominating and voting process. Ultimately, they push us through our All-American meetings.

If you thought the last paragraph had your pocket protector burning then you're in for a treat. Joanna Lane, our Division I Liaison, often finds herself breaking down stat lines and explaining some of the metrics used to determine these accolades. On occasion when she talks about these metrics I can see math equations swirling around her head. Joanna and our on-hand statistician (Arkansas Assistant Coach Matt Meuchel) exchange emails that resemble hieroglyphs. But the data we use and the equations they solve are very important to our process.
It's the question we always hear - how do you choose the All-Americans? I'll let Joanna handle this one:

"When you're tasked to choose the best players in the country for the prestigious honor of NFCA All-American you can leave no stone unturned in the pursuit of "getting it right". The Division I All-American committee will spend more than 20 hours pouring through data, comparing statistics, and debating the selections for the All-American teams. However, when the difference between your best players is razor thin how do you decide? In recent years the NFCA has begun incorporating the use of advanced sabermetrics to truly compare the best in the game. Here is a look at some of the anagrams and definitions of the stat columns you would hear if you were a fly on the wall during the All-American Committee meeting.

In addition to the advanced metrics, the NFCA will also compare player statistics against similar competition, namely the statistical outcomes when facing teams ranked 1-75 in RPI. While no statistic can truly measure the impact a student-athlete has on her program and the sport, you can have zero doubt that the members of the Division I All-American committee will do their best to ensure the Division I All-America Teams honor the best of the best." 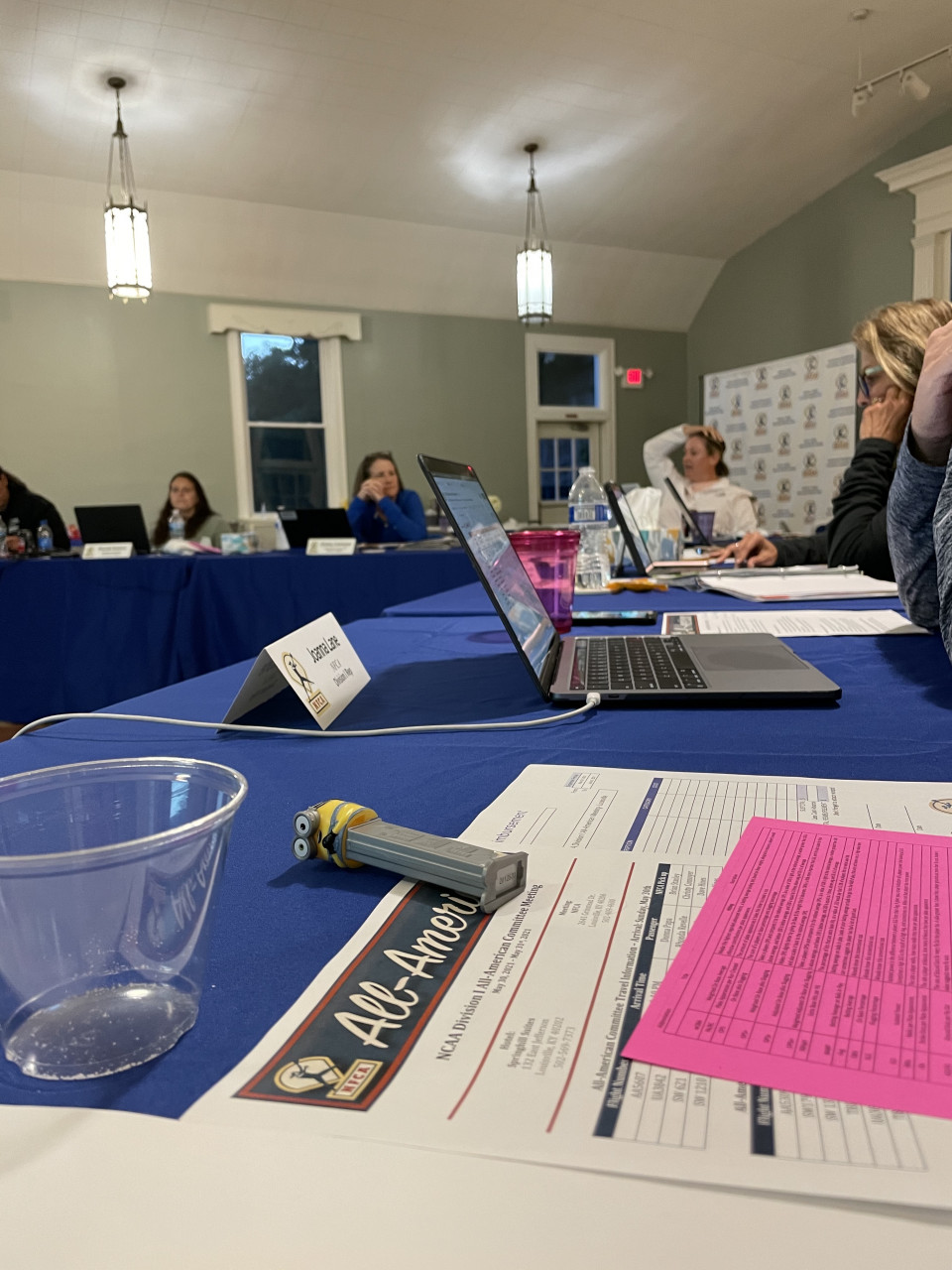 Wow! Talk about numbers. 🔢  I hope you got all that! I'll need you to break it down for me later. 🤯

These All-American committees are tasked with one of the most important things we do here at the NFCA. Are you wondering how to serve on an NFCA Committee? I knew it! Check your recent emails or visit your Coach's Box to view the "Committee Application Form" and get involved with all things softball.

⬅️ P.S. I made the fruit pizza over there, email me for the recipe 😉 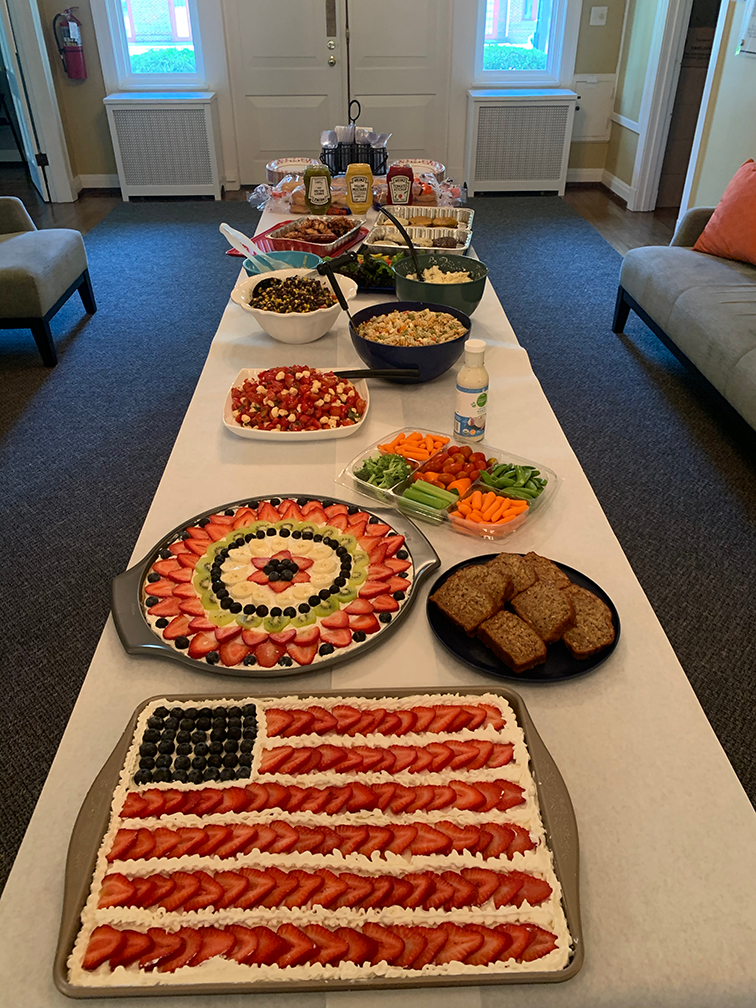 This year our Division I All-American Committee did things a little differently. Typically, they all meet in person at the WCWS for a long and detailed meeting. This year, they met at our HQ in Louisville, Kentucky for what turned out to be an extensive two-day meeting lasting in total 19.5 hours. Yes, that is not a typo. You would imagine a meeting lasting that long would be awful, instead it is exhilarating. In part due to the content, choosing and discussing the most elite athletes in our game, but mostly because of Michelle Vasquez. Let's call her the AA Committee meeting hostess with the mostest. Michelle is known for her meeting acumen, that's why she is our Director of Events. Michelle is meticulous with her table settings, overzealous with the accommodations and generous with the snacks. Michelle always creates an atmosphere that makes an all-day meeting something these committee members look forward to. Stat sheets? Color Coded. Pez dispenser? On the table. Meals for everyone? And dessert! No wonder many of these committee members signup for more.

Our All-America Committee members have everything you could think of at their fingertips to identify the best players in the game and find the differences between elite players when it's not always clear-cut or easy to separate them from each other. About the only thing committee members don't know about the players is their favorite breakfast cereal. But rest assured that stats wizard Matt Meuchel could easily put together a spreadsheet on that, too, at a moment's notice.

The pitching and outfield categories, just from the sheer volume of candidates, typically take the longest to complete. Then there's the at-large selections, which, from the procedures involved alone, take a while to complete. For example, when you're elevating players from the second team to the first team, then have to go back and fill in those vacated positions on the second team before doing it all over again, it's a lot to keep track of and keep straight.

But with the reams of information at their fingertips, and the committee member's collective diligence, you can be confident that our All-America teams recognize the best-of-the best at each position in every division for that season. It's one of the highest honors a softball player can receive, and we work VERY hard to make sure we have the winning formula for recognizing excellence.

Don't forget to head over to our awards page to see the All-Americans announced so far this year! 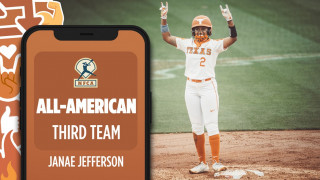 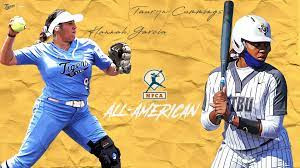 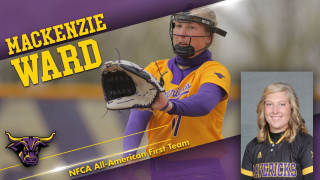 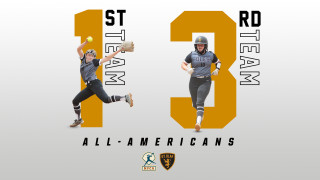 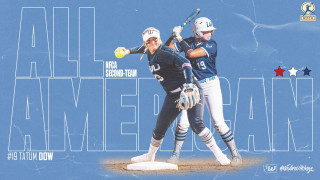 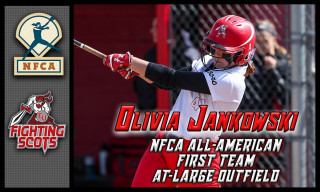 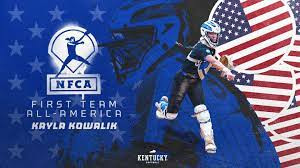 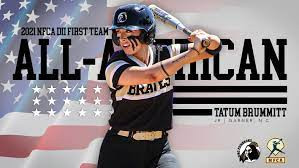 In closing, I hope you learned a little bit about this complex and awesome process!

Still on the fence about getting involved with the NFCA?