Classified and Classy - Inside the NFCA HOF

Beyond the Fence presented by Netting Professionals
Annie Gordon
1416 Hits Read this for an intimate inside look at the NFCA Hall of Fame process. Pictures you've never seen. Information you never knew. And stories you've never heard. Let's go! 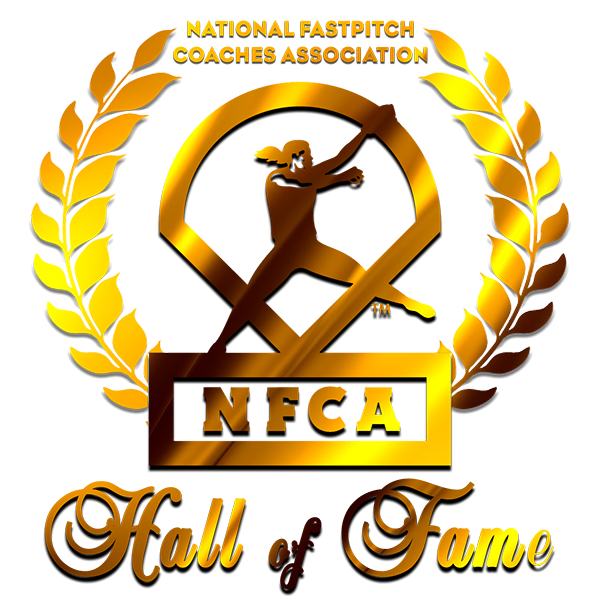 The Hall of Fame Award is the most prestigious award given by the NFCA. The NFCA inducts members into its Hall of Fame each December at the National Convention. Nominations are available all year and inductees are selected by the Hall of Fame Committee. 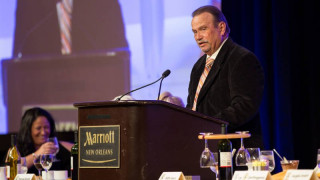 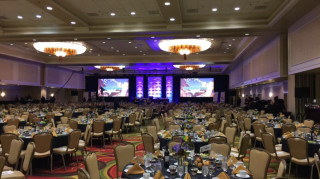 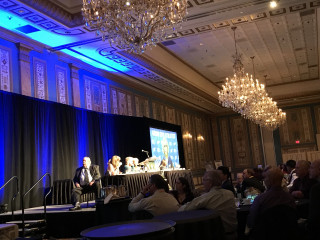 We currently have 83 coaches and dignitaries inducted into the Hall of Fame since 1991. There are more than 25 nominations - and growing - waiting in the "hopper."

This word "hopper" is used frequently at NFCA headquarters. Can you guess which definition we are attempting to use?

HA. The last one applies most closely to what we mean. The Hopper is our pool of candidates. Each candidate is stored in the pool for up to five years before they must come out of consideration for one year and be renominated to reenter. 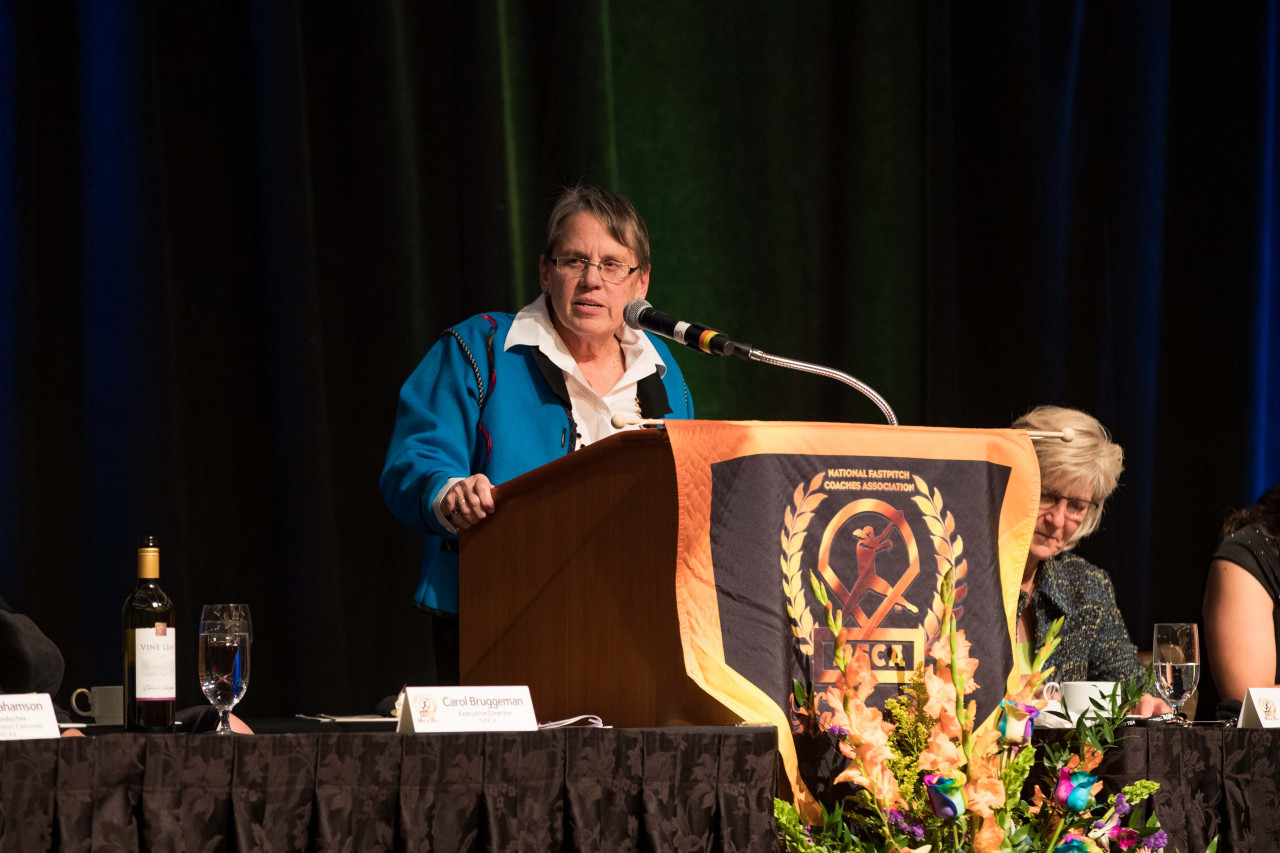 Nominations may be made by any NFCA member in good standing. Nominations should be submitted using the official NFCA Hall of Fame nomination form.

In my years as the NFCA liaison for the Hall of Fame Committee I have seen an array of nominators. I have seen assistant coaches, former assistants, conference competitors, administrators, and friends band together to nominate a coach. Recommendations stream across all divisions and even cross over into other sports. There is no limit on who can provide supporting materials.

One of my favorite combinations is when current Hall of Fame coaches lend their words to help encourage a future nomination. Here is a snapshot from a letter for a recent inductee. Let's just say, if Bill Edwards said nice things like this about me, my life would be complete:

"I am in awe of the effect and impact that Dee Abrahamson has made on the game of softball...and on so many vital and critical levels...establishing her as one of our game's greatest caretakers and guardians."

Another special contribution? Dee Abrahamson was also recommended by Karen Weekly, who, fun fact, was selected for the NFCA HOF right after writing this letter for Dee:

"I personally believe that her impact on softball from a rules and safety perspective more than warrants her induction into the NFCA Hall of Fame. When combined with her tremendous coaching career, it's a slam dunk!"

Anyone may nominate a qualified candidate for the NFCA Hall of Fame provided that the candidate meets all of the criteria listed below. 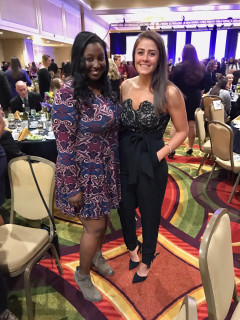 Convention attendees dressed in their best for the HOF banquet 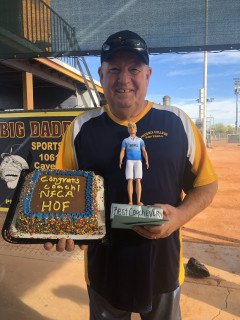 2021 HOF inductee Heinz Mueller is celebrated by his team after they receive news of his induction. 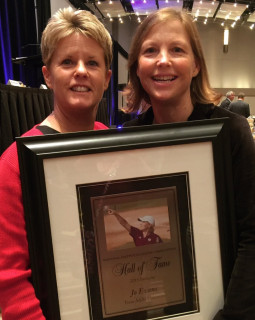 *Exception: Individuals who meet all other criteria may be inducted into the Trailblazer Category without 20 years of coaching experience.

Trailblazer Category**: recognizes an NFCA member who has contributed above and beyond to the sport of softball through exceptional service, leadership, coaching and/or participation.

FUN FACT: The Trailblazer category was previously named the Pioneer category but was formally changed in 2019.

What happens once I submit a nomination?

FUN FACT: The files of all the nominees used to be passed from one Chair to the next in a suitcase. Exchanged from the previous Chair to the future Chair at Convention. (They thankfully now use Dropbox).
"I can vividly remember my first Hall of Fame banquet over 20 years ago, I was in complete awe listening to the accolades and successes that these coaches had during their amazing careers. The National Fastpitch Coaches Association Hall of Fame is the highest individual honor received in our profession. As a member of the Hall of Fame Committee, we have a huge responsibility to carefully look at each nominee's entire coaching history, their letters of recommendations, and a thorough character assessment of what a NFCA Hall of Famer represents. We do not take this duty lightly, as everyone who has been nominated has had an amazing career and they deserve our respect and attention to detail as we deliberate our selections for the next Hall of Fame class. But the most rewarding experience is when you hear the names announced for the next Hall of Fame class and you can personally see the shock and excitement they have as they will soon be an NFCA Hall of Famer." - Larissa Anderson, Current HOF Chair
"My first Hall of Fame ceremony was in 2002. I was a graduate assistant at Florida State and was instructed, quite clearly, by my first boss, Dr. JoAnne Graf that I WOULD be attending the dinner. The event was nothing short of transformational in my eyes. I was a history major so I have always had a love of the past and as well as trying to understand the ways our future is shaped by our history. After just five minutes of learning about the career of inductee Joyce Compton, it was crystal clear how a coach can have an impact that reaches far beyond the playing field. However, my favorite moment that evening was at the end of the night when the announcement came that my then boss, Dr. Graf, would be inducted into the NFCA Hall of Fame the next year. Our table went NUTS (rightfully so) and the look of surprise, gratitude, and pride on Coach's face was unmistakable. Coincidently, when Coach Graf was inducted in 2003, a fellow member of her HOF class was Margo Jonker, whom I did not know at the time but would have the privilege of working with nearly a decade later. If you can catch a glimpse of the face of a future Hall of Famer the second they realize they are going to be enshrined, you will start to understand just how special this fraternity of coaches is and will always be." - Joanna Lane, NFCA Senior Director of Education & former Coach

If you'd like to watch for the first time or relive some of the greatest videos presented at Convention, visit our HOF page. Each inductee with available video footage has a link to their video and/or acceptance speech. Check it out.

At the NFCA 2021 Convention the Hall of Fame Committee will convene and select the 2022 inductees from the pool of candidates.

The HOF committee meets twice at the NFCA Convention. Two times in an undisclosed, unpublished location to discuss the candidates.

This is where my knowledge ends … because I've never been in the "room where it happens" but I can imagine there is healthy debate, in-depth discussions, and an air of excitement being a part of this prestigious selection. Play the video ➡️ to hear what I think it compares to. 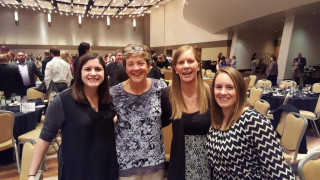 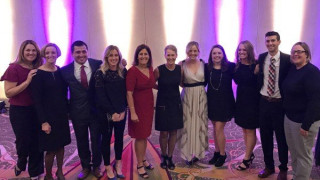 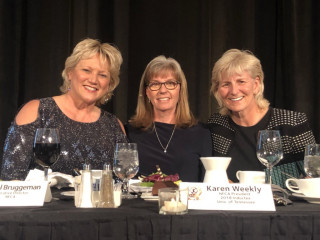 I have served on many committees over my 30 years but none as prestigious as the Hall of Fame committee. We narrowed down all the nominees to 10. Then had the committee members research one of the coaches. This helped to get an inside look of the nominees. The committee member became the representative of that candidate. It is a real secret society.

Reading the names for the following year might have been my favorite part. Standing at the podium with Karen Weekly (the NFCA President) next to me and announcing her name was priceless. She looked at me and said, "Did you get that right?"

I know the pride of our coaching association lies in the honoring of great coaches. - Lisa Navas, former HOF Chair

The inductees for the following year will be announced during the current Hall of Fame Banquet.

What happens after the Banquet?

Well ... this is where the mystery continues. Private parties, public celebrations, and some all around good fun. I've only been invited to a few of these shindigs but needless to say, the inductees are celebrated!

Since I have only seen five different Hall of Fame banquets I asked someone who has either heard or watched every single Hall of Fame speech. Yes. Every. Single. One. Carol Bruggeman, our Executive Director (seen in the picture here having way too much fun!) has had the honor of never missing a speech. She filled me in on some of her personal favorites and highlights:

"Every speech was gracious, meaningful, and wonderful. Each and every one was an emotional roller-coaster ride! One minute I found myself laughing, the next crying, the next 'inspired' ... most of the time I could literally feel my heart pounding against my chest with so much ... well, emotion!" 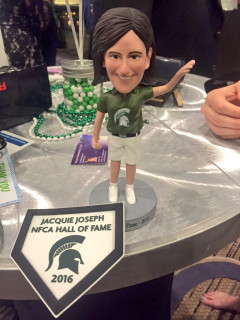 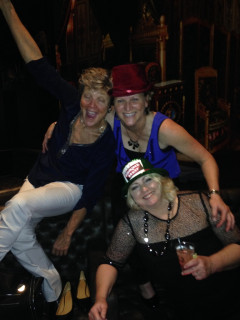 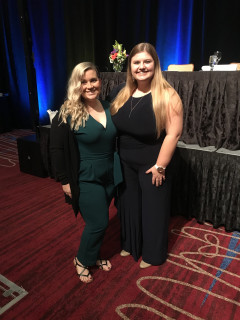 "Some notable moments from my memory bank:

Sharron Backus, Linda Draft, Linda Wells- members of the first induction class (1991). It was an honor to be in the same room with those three pioneers!

Mike Lambros (2018) - Cancer took Coach Lambros from us all too soon and hearing his wife speak so eloquently about him and his career did not leave a dry eye in the place. Mike Lambros was also our first High School coach inducted into the HOF.

Karen Weekly & Ralph Weekly (2011) - not sure which of their speeches was more enjoyable however I did learn a lot about 'military-type' security in the home.

Gary Haning (2017) - a historical moment as our first Travel Ball coach inducted into the HOF.

Joan Joyce (2013) - We all know she is the ultimate GOAT, but did you know she also holds a record on the LPGA tour and so much more?? Superwoman ... for real.

As a coach, I sat in the audience. However as Executive Director, I have the honor of sitting at the head table with the inductees on one of the most meaningful nights of their lives. Some are calm and relaxed, most are nervous and in a bit of disbelief, and almost all would rather have more wine vs food before their big speech! :) One of my most anticipated conversations of the year occurs at that head table as I hear each inductee reflect upon, with fondness and gratitude, a lifetime of softball memories and I get to meet family members and friends who traveled to share in their special night. During their speeches, some need Kleenex, some need a gentle squeeze of the hand, and some need a whispered word of encouragement. Being in those moments has changed me and inspired me. It has also made me realize we truly have special people in the softball profession." - Carol Bruggeman, NFCA Executive Director

The form must be completed and all additional materials must be submitted prior to November 1, 2021 to be considered for the 2021 Hall of Fame class.