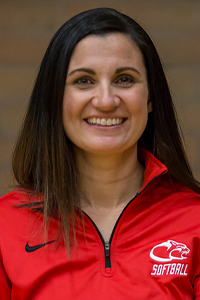 Jessica Buel has guided Clackamas CC to 13 consecutive postseason appearances (NWAC did not have a postseason in 2020 and 2021 seasons), which includes a 2012 NWAC Championship and runner-up finishes in 2007 and 2014. Over 15 seasons at the helm, Buel has steered the Cougars to a 421 victories, which includes a program-record 40 wins in 2007 and seven more seasons of 30-plus victories. Additionally, Buel was named the 2010 Southern Region Coach of the Year, 2012 NWAC Coach of the Year and the NFCA NWAC Coach of the Year in 2010.