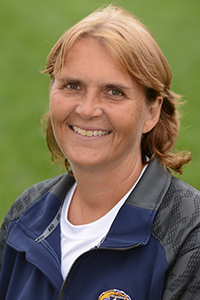 Prior to Kent State, Linder led Ashland University (NCAA II) to 253 triumphs and a pair of conference titles and spent three seasons as Union College’s (Ky.) head coach. During her time as an active head coach, Linder served on the NFCA’s Division I Head Coaches, All-America and Poll Committees. Currently, Linder runs Aspire Higher Sports, which focuses on helping athletes grow mentally and physically while focusing on a winning team mentality. Additionally, she provides lessons and is involved in clinics and All-American Games (12U) for USA Softball in Ohio.