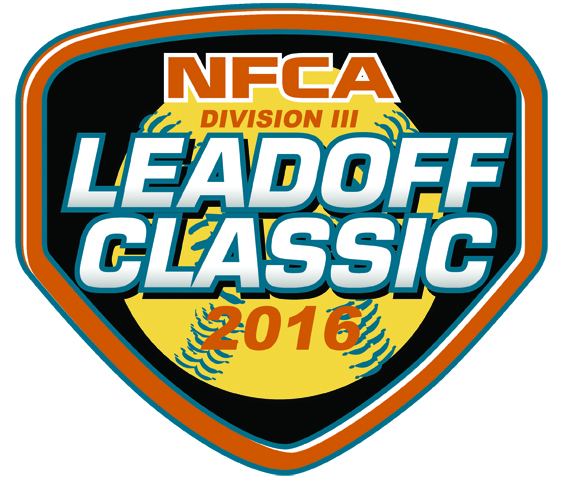 Four of the eight teams that reached the 2015 NCAA Division III Championship in Salem, Va., including runner-up Texas-Tyler, plus Linfield, Kean and Alma will participate in the 2016 NFCA Leadoff Classic, scheduled for March 11-13 at the South Commons Complex in Columbus, Ga.

In all, one half of the 24-team Leadoff field finished ranked in the Top 25, including No. 5 East Texas Baptist, No. 10 Central (Iowa), No. 11 Virginia Wesleyan, No. 12 Christopher Newport, No. 15 Lake Forest, No. 16 Trine, No. 20 Texas Lutheran and No. 25 Illinois Wesleyan. Texas-Tyler finished the 2015 season second in the rankings, while Linfield (tied for third at NCAAs) was fourth, Kean (tied for fifth at NCAAs) rated sixth and Alma was ranked eighth.

The teams most consistently in the NFCA Division III Top 25 poll over the three-year period since the last Leadoff Classic in 2013 were invited by that committee to participate.

Teams are placed in one of six four-team pools for the pool play round on Friday (two games) and Saturday (one game) to determine the bracket play lineup. The top team from each pool advances to the Gold Championship, along with two other at-large teams selected by a seven-level priority ranking process.

The remaining second-place teams, in addition to four at-large teams, will be chosen for the Silver Championship, with the same priority method used to determine the four at-large teams. The Bronze Championship will be comprised of the remaining eight teams. Bracket play is single elimination/consolation, meaning teams will play a total of either five of six games at the tournament.

With the NFCA shifting to a two-year model for its tournaments, this will be the lone Leadoff Classic this year. Beginning in 2017, the Division II and III Leadoffs will alternate every other year at various locations around the country chosen by their respective division’s membership, while the NAIA and Junior College Leadoff tournaments will be similarly paired and alternate each year at the South Commons Complex.