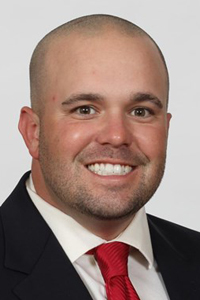 Craig Snider, a 24-year coaching veteran, was hired as Texas Tech's ninth head coach on June 20, 2022. During the last 21 seasons as an assistant, Snider has made stops at Oklahoma, Florida State and Texas A&M where he has coached 20 All-Americans and made three Women's College World Series appearances, taking home the championship trophy while on staff at Florida State in 2018.

Snider spent 2020-22 at Texas A&M where he helped transform the Aggie hitters, improving in nearly every offensive category over the last three seasons. He coached Hayley Lee to the 11th-best on-base percentage and fourth-most walks per game in the NCAA in 2022 as she earned NFCA All-America second team honors. In 2021, Lee gathered third team All-America accolades after finishing third in the NCAA in home runs, fifth in home runs per game, sixth in slugging percentage, seventh in total bases, 24th in on-base percentage and 39th in batting average.