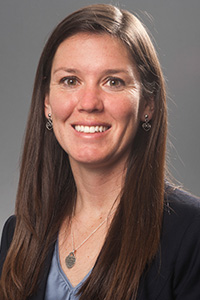 Kat Ihlenburg, Georgia Gwinnett's only head coach, has developed the Grizzlies into a championship squad built upon toughness, character and a devotion to its community. The five-time Association of Independent Institutions (A.I.I.) Coach of the Year led Georgia Gwinnett to consecutive NAIA World Series in 2018 and 2019, the first two appearances in program history. She has steered the Grizzlies to four A.I.I. conference championships, five NAIA tournament bids, and recognition as the NAIA Champions of Character team award winner. Ihlenburg has totaled a 286-102-2 (.736) record and recorded back-to-back 50-win seasons in 2017 and 2018. The 2019 squad featured a national semifinal appearance with a win over No. 2 Marian (Ind.), 45 victories and a sweep of the NAIA Opening Round Bracket.