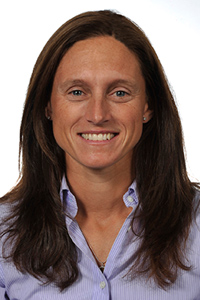 Northwestern head coach Kate Drohan has built the Wildcats into a perennial power, winning a pair of Big Ten Championships and making back-to-back Women's College World Series semifinal appearances, which included a national runner-up finish in 2006. In 2019, she steered Northwestern to a 47-13 mark and back to the NCAA Super Regionals for the first time since 2008.  After 19 seasons, Drohan has amassed 628 victoris. Her record includes an incredible five-year stretch from 2005-09 in which NU compiled a combined record of 215-77, reached the Super Regional round of the NCAA Tournament four times, finished 2006 ranked No. 2 nationally and became the first private school in NCAA history to advance to the WCWS semifinals in consecutive years (2006-07).