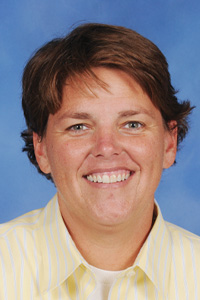 NFCA Hall of Famer (2014) Les Stuedeman has been at the helm of UAH softball since the start of the program in 1995. Over her tenure, the Chargers have posted a 1,141-385-1 record and have never suffered a losing season. UAH posted a school-record 62 wins in 1999 and has registered six 50-win campaigns and 14 more with 40-plus victories. Stuedeman has guided her teams to 22 NCAA Tournaments, including a current stretch of 18 straight, four South Region titles and two national runner-up finishes in 2009 and 2011. The Chargers have won eight Gulf South championships and Stuedeman has earned 10 GSC Coach of the Year honors.