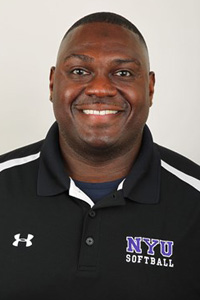 Now-Allah James has been at the helm of the New York University softball team since its debut as a varsity program in 2014-15. Over his first six seasons, James’ teams have posted a 101-96 overall record. He steered the Violets to the ECAC Division II Metro Championship in 2016, which was also the same season NYU earned its first University Athletic Association (UAA) victory. Under his guidance, 17 players have garnered UAA honors, while four have taken home NFCA All-Region accolades.