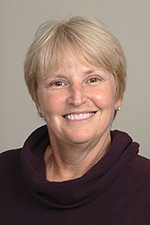 Sheilah Gulas, who retired after the 2017 season, enjoyed a 31-year career as a collegiate head coach, the last 21 at Ashland University. Compiling 30 wins in her final season, Gulas surpass 900 career victories and won nearly 66 percent of her games with a 929-487-1 record. The 2017 NFCA Hall of Fame inductee collected 723 of those wins with the Eagles. Additionally, she served as Ashland’ Assistant Athletic Director and Senior Woman administrator in her final two years in the Eagles’ athletic department.

She compiled a winning record in all 21 of her seasons at Ashland, leading the Eagles to 12 NCAA Division II tournaments and collecting five Great Lakes Intercollegiate Athletic Conference (GLIAC) titles and three conference Coach of the Year awards. In 1998, Gulas guided Ashland to a school-record 53 wins and a No. 3 national ranking. The Eagles collected 40 wins five times during her tenure.