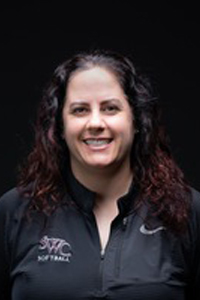 Entering her 13th season at the helm of Southwestern College softball, Yasmin Mossadeghi has played an integral part in turning the Jaguars into one of the most competitive and successful programs in California. Consistently ranked in the top 20 in Southern California, SWC has reached the state playoffs five times, including the last four seasons. A PCAC Coach of the Year, Mossadeghi has tutored one NFCA All-American, 17 NFCA All-America Scholar Athletes, two all-state and three all-So Callperformers. Additionally, her student-athletes have earned 36 PCAC All-Conference honors, 14 on the first team, one PCAC Most Valuable Player, one Most Valuable Pitcher and two Southwestern College Female Academic Athletes of the Year.