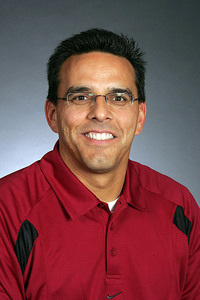 Bio: For a school widely known for its high-profile coaches, Murphy has built a powerhouse program at Alabama that befits an athletic department known for major success over numerous sports.  An 870-game winner during a 17-year softball coaching career (842 in 16 seasons at Alabama), he reached the top of the mountain by guiding his Crimson Tide to the 2012 Division I National Championship. The national title marked the first for any Southeastern Conference program and only the second all-time for a school East of the Mississippi River (Michigan – 2005).

His teams have now made nine Women’s College World Series appearances, including a runner-up performance in 2014, won four regular-season SEC crowns and four SEC Tournament titles, reached the NCAA Tournament for 16 consecutive seasons and totaled 11 campaigns with 50-plus wins.

From an individual standpoint, Murphy has tutored players who have reaped 91 total All-American honors, while having 86 players receive All-SEC accolades and 78 individuals garner NFCA All-Region honors. His teams have been just as successful in the classroom, with 16 Academic All-Americans and more than 170 All-SEC Academic selections to his credit.

It took only two years for Murphy to become a success as a head coach. After leading the Sumner High School boys to a 22-3 record in his first year as head coach, he led the Aces to the state championship game the next season. Following a short stay at Sumner, Murphy continued his education as a graduate student at Southwestern Louisiana (now known as Louisiana-Lafayette). While at USL, he broke into the collegiate coaching ranks as an assistant softball coach while finishing his master's degree in communications in 1992.

Prospering with the Ragin' Cajuns through a five-year record (1990-94) of 239-46, including a trip to the 1993 Women's College World Series, Murphy moonlighted as head coach of the Independence Iowa high school baseball team from 1992-95. Due to the high recognition of his duties as an assistant coach at USL, along with the solid success of his duties as a high school coach, Murphy was hired as interim head coach at Northwest Missouri State in 1995.