Alabama Starts 2013 at No. 1 in USA Today/NFCA Division I Top 25 Preseason Poll 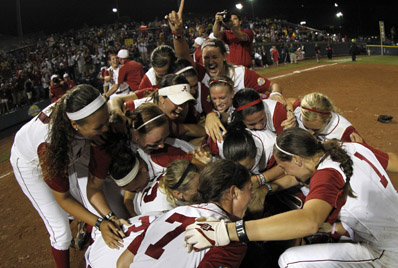 LOUISVILLE, Ky. – The Alabama Crimson Tide will start the 2013 campaign in the exact same position as it finished last season as the No. 1 team in the nation, according to the USA Today/NFCA Division I Top 25 Preseason Poll that was released by the Association on Tuesday.

The Pacific-12 and Southeastern Conference led the way with seven selections each, while the Big 12 Conference boasted three teams in the ratings.  Other leagues placing teams in the listing were the BIG EAST and ACC (two each) as well as the Big Ten, Colonial Athletic Association, Big West and Sun Belt (one each).

The USA Today/NFCA Division I Top 25 Poll is voted on by 31 NCAA Division I head coaches, one representing each conference. Final 2012 records are shown, first-place votes are in parentheses.