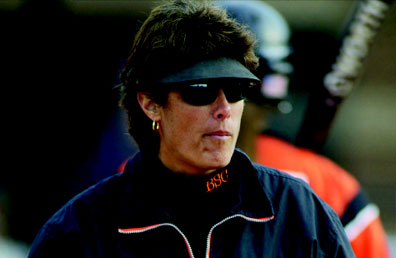 BUFFALO, N.Y. - Sandy Hollander, who was in her 24th season as the Buffalo State head softball coach, passed away Monday evening after a battle with cancer dating back to 2006.

Hollander, who was also the assistant director of athletics and senior woman administrator at the school, was one of the top coaches in NCAA Division III softball with more than 550 wins and four SUNYAC championships. Inducted into the Western New York Softball Hall of Fame in Nov., 2005, Hollander coached Buffalo State to 15 20-win seasons, four 30-win campaigns and eight NCAA regional appearances. She was named an NFCA Regional Coach of the Year in 1992 and 1993 and had been a member of the NFCA since 1989.

A 1981 graduate of Indiana University, Hollander, who was 52 at the time of her death, also earned a master’s degree from Canisius College in 1990. She is survived by her son Alex, 10.