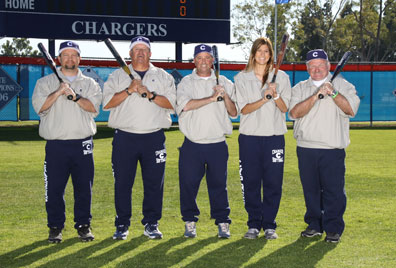 The Chargers captured their second state title in as many years this season to increase their overall total to seven Cal JC crowns under Pickler. The back-to-back championships marks the first time that Cypress has accomplished that feat since the 1998-1999 seasons.

Pickler and his staff piloted the Chargers to a 42-8 overall record in 2011 and led them to their 10th consecutive Orange Empire Conference championship. Cypress also extended its state “elite eight” appearance streak to 22 this season and have only failed to advance that far just twice in the 24 year tenure of Pickler.

On the field, the Chargers were led by 2011 Louisville Slugger/NFCA All-American outfielder Brianne Webster who hit .448 on the year and drove in 50 runs.

The Bulldogs turned in a 28-14 record this season en route to a super regional appearance. The 10th-seeded Bulldogs knocked off 7th-seeded Shasta in the opening round of the play-offs by rallying from a game down to win the best-of-three series. Helping lead San Mateo this season was 2011 Louisville Slugger/NFCA All-American Alyssa Jepsen who hit .435 on the year and stole 18 bases.

Santa Barbara City had another good outing in 2011, going 31-7 on the year and advancing to the state play-offs. The Vaqueros also claimed their first Western State Conference Gold Division title this year and placed pitcher Kailey Snyder on this Louisville Slugger/NFCA All-American team. For the season, Snyder was 27-4 with a 0.94 ERA and 233 strikeouts over 199 innings.