Day One of Round Rock Top Recruit Tournament in the Books 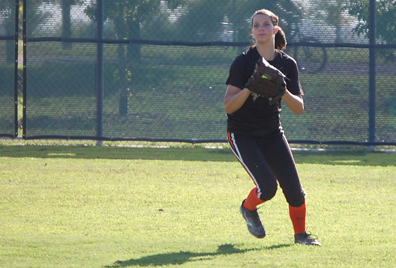 ROUND ROCK, Texas – Day one of the first annual summer NFCA Top Recruit tournament saw plenty of excitement in the Texas heat as pool play in the 58-team event began. Twenty-two 16-and-under teams and 36 18-and-under teams competed at the Old Settlers Softball Complex in Round Rock on Friday for the three-day recruiting tournament.

Several teams started with perfect 2-0 records in both the 16U and 18U divisions, including SA Hitt Gold In 18U, which outscored its opponents 22-2. Impressive performances were also turned in by the Austin Stars 18U Gold and Team TFS Gold-Heintzelman, which outscored their opponents by 19 and 18, respectively.

In 16U, Blaze Prinzo had the most dominating performance of the day, outscoring its opponents by 31 points, including a 21-0 victory in its early morning opener.

Pool play will continue at 8 a.m. on Saturday and wind up at 11:30 a.m. Bracket play will begin at 2 p.m. and continue through Sunday. Each team is guaranteed two games in bracket play, with teams advancing to the championship of their respective brackets receiving three. For complete scores and brackets, click here.