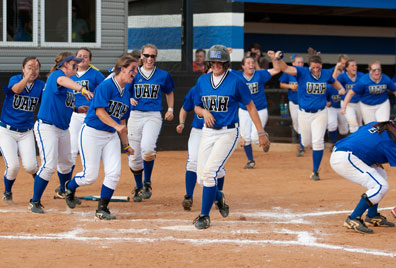 The Chargers (13-2) received nine of 16 first-place votes this week finished 10 points ahead of No. 2 North Georgia (19-3). The Saint received four first-place votes in the latest poll and moved up two spots from fourth to second. Angelo State (17-3) moved up five spots from eighth to third, while Valdosta State (11-2) jumped one spot to fourth.

The week’s biggest gain in the poll came from Cal State Dominguez Hills (24-3), which received two first-place votes and jumped from 16th to fifth. The remaining 16 first-place votes on the week went to Winona State (10-1), which finished the vote in 12th.