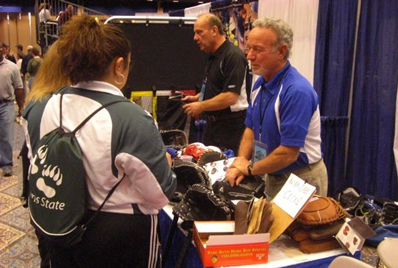 LOUISVILLE, Ky. - The official list of exhibitors for the 2012 NFCA National Convention in Orlando, Fla., has been released with 95 different companies slated to participate at both the Event Center and East & West Great Hall of the Buena Vista Palace Hotel & Spa.

Special events also on the program include the Mizuno Happy Hour (Thursday at 5 p.m.) and prize drawings and a silent auction (Friday at 11 a.m.).

For a complete list of 2012 exhibitors and booth numbers, please visit this link.