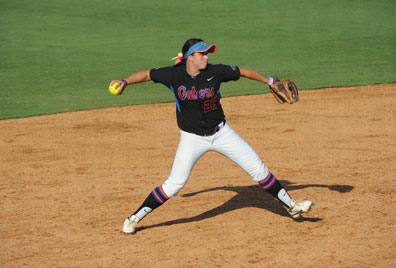 “Although we hate to lose Shelby, we are so fortunate to be able to have a player of Chey's caliber to come on and be a part of our 2011 USA Softball Junior Women’s National Team,” said Head Coach Karen Johns (Whippany, N.J.). “When faced with Shelby's injury, I immediately asked the Women’s National Team Selection Committee to approve Chey. She is a tremendous player who will undoubtedly make great contributions to our team. We are thankful that she can be a part if our family.”

Coyle is entering her sophomore season at Florida, runners-up at the 2011 NCAA Women’s College World Series in Oklahoma City. As a freshman, she started in all 69 games that the 56-13 Gators played. In her 173 at bats, she had 55 hits including three doubles and 17 home runs, accumulating a .318 batting average. Coyle scored 55 runs and had 60 RBI.

“Representing the USA has always been a dream of mine from a very young age,” Coyle said. “I am extremely grateful to have this opportunity to represent my country on and off the field. I look forward to being able to compete with and against some of the best young softball players from all over the world.”