Linfield Back at No. 1 in NFCA Division III Top 25 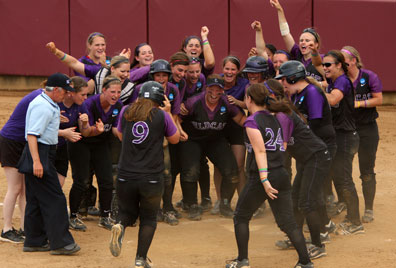 STARKVILLE, Miss. - Although the vote was not as decisive as it has been, after a week-long absence, Linfield returns to the No. 1 spot in the NFCA Top 25 Poll, the association has announced. A 4-0 week for the Wildcats propelled them three spots back up, while a 1-1 week dropped previous No. 1 Luther to No. 3. Linfield is now 16-2 on the year, with both losses to No. 6 Pacific Lutheran, while Luther is 5-1.

A shuffling of teams took place throughout poll, including a three-spot jump to No. 2 by 15-1 Coe. Emory dropped to No. 4 despite a UAA championship and 7-2 record this week. No. 5 Eastern Connecticut finally opened play, going 1-1 on the week.