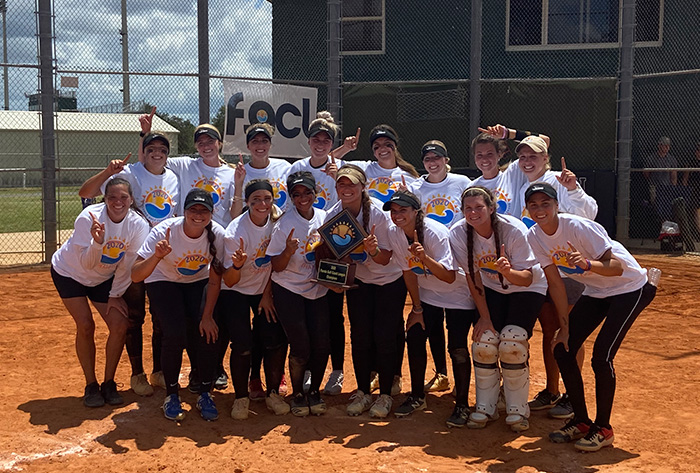 BRADENTON, Fla. — The Florida Gulf Coast League (FGCL) wrapped up its inaugural summer softball season on July 21 with the Myakka City River Mocs’ 10-9 victory over the Manatee Squeeze in the championship game at the Lakewood Ranch Sports Complex.

Georgia Southern University catcher Allyssah Mullis drove in the go-ahead run with a double in the bottom of the sixth, and finished the game 2-for-3 with four RBI.

FGCL Coach of the Year Michaela Transue led the River Mocs to a 21-2 record this season, while league Most Valuable Player Mack Leonard (Illinois State) and Offensive Player of the Year Lizzie Shubert (Stetson) helped power her lineup. Another member of the team, Truett McConnell pitcher Karley Hobbs, was selected as the FGCL’s Breakthrough Athlete.

For the league runner-up Squeeze, Washington infielder Stormy Kotzelnick earned Rookie of the Year. Meanwhile, the Slice had Shannon Saile (Oklahoma) and Kinsey Goelz (Florida) recognized with the Pitcher of the Year and Humanitarian Award, respectively; the Lynx’s Haley Lee (Texas A&M) earned the Defensive Player of the Year nod; and the Pioneers’ Megan Pierro (South Florida) scored the People’s Choice award in the season-ending honors. 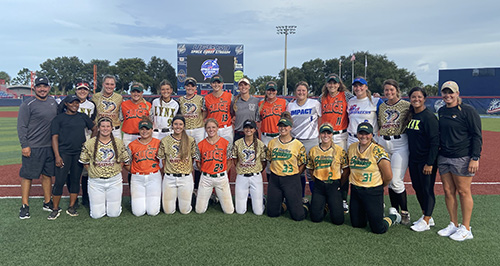 Games for the seven league teams during the five-week season were held at either Palma Sola Park or the Lakewood Ranch Sports Complex. More than 90 players represented 56 schools and all divisions of collegiate softball, and provided some live softball competition for the players after their 2020 school seasons were cancelled. The live stream of the championship game garnered 3,000 views online.