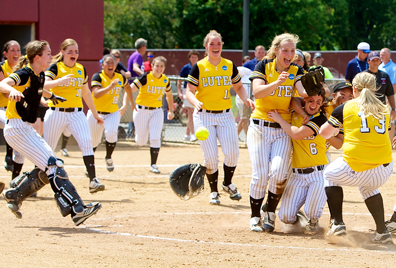 STARKVILLE, Miss. - After completing a perfect run through the postseason with its first Division III national championship, Pacific Lutheran also earned the No. 1 ranking in the final NFCA Division III Top 25 Poll, the association has announced. The Lutes used a three-hit performance from Stacey Hagensen to shut out defending national champion and Northwest Conference rival Linfield for the title.

Linfield used its second place finish to garner the No. 2 ranking after finishing 46-7. Of the seven losses, six of them came at the hand of Pacific Lutheran. Montclair State, which finished third in the country, finished at No. 3 in the poll and 44-9. National championship participants Tufts and Luther finished at Nos. 4 and 5 after going 41-7 and 41-9, respectively.