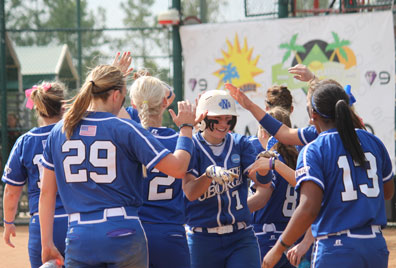 STARKVILLE, Miss. – After topping former No. 1 Alabama Huntsville twice last week, North Georgia ascended to the top of the NFCA Division II Top 25 poll for the first time this season, the Association announced on Wednesday.

The Saints (26-4) received 14 of 16 first place votes this week to top the poll for the first time since May 12, 2010. Angelo State (22-3) followed North Georgia in second and received the remaining two first-place votes. Valdosta State (13-2) moved up one spot to third this week, while Cal State Monterey Bay (20-4) jumped two spots from sixth to fourth. Alabama-Huntsville (16-5) rounded out this week’s top five, falling from first to fifth.