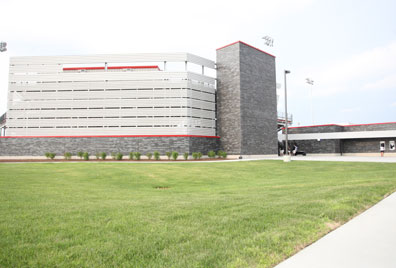 ROSEMONT, Ill. – National Pro Fastpitch Commissioner Cheri Kempf and Mayor Bradley Stephens of the Village of Rosemont, Ill. announced today that the 2012 NPF Championship Series will be presented Aug. 23-26 at the Rosemont Stadium in Rosemont, IL in northwest suburban Chicago. The series will be hosted by the Village of Rosemont with the support of the Rosemont Convention & Visitors Bureau.

“The Village of Rosemont is greatly honored to host this showcase of world-class women’s athletics in our brand new Rosemont Stadium, which was constructed last year specifically as a venue for women's fastpitch softball,” said Stephens. “There has been a tremendous groundswell of support for and excitement about women's fastpitch softball in our community, and bringing this championship series to Rosemont will only build upon this strong foundation. We are also excited about the opportunity to attract even more new fans of all ages to this great sport.”

The championship series will be complemented by several other exciting affiliated events including a welcome reception at the newly opened Park at Rosemont on Wednesday night, special entertainment and a player's clinic. Championship schedules will be announced shortly and television coverage of the series is currently being negotiated.

“We are thrilled to host the National Pro Fastpitch Championship Series,” said Gehrig Peterson, Director of Entertainment & Special Events for the Park in Rosemont. “The Rosemont and Chicago-area fans are in for quite an event that will coincide with the grand opening of our new Park at Rosemont."

-Courtesy of the NPF