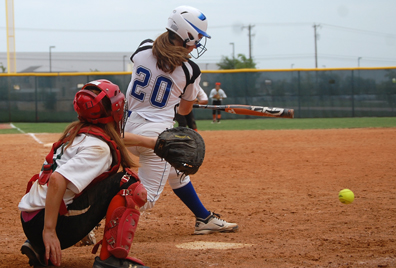 ROUND ROCK, Texas – Texas Glory and Louisiana Red Stick 007s finished a perfect 6-0 at the inaugural summer NFCA Top Recruit Tournament at Old Settlers Park in Round Rock on Sunday to claim the championship in the top bracket of the 18U and 16U divisions, respectively.

Texas Glory defeated Team TFS-Heintzelman 8-4 Sunday afternoon in the 18U Gold championship after battling through a semifinal win over Texas Bombers Gold. Glory had received a first-round bye in bracket play after going 3-0 in pool play.

The 007s dominated the San Antonio Hitt in the 16U Blue championship, taking control in the first inning and never looking back. Their bracket play provided more of a challenge, as they knocked off Texas Blaze-Prinzo 6-2 in the semifinals and Texas Tri-County Xplosion 3-2 in the quarters.

After the game, Texas Glory head coach Tracy Beard talked about the experience, "We brought a lot of our uncommitted and younger kids, and they all really rallied together. Our bats came alive. That really shows what we have for the future."

Other bracket winners on Sunday included the Bombers Gold South in the 18U Silver bracket, II Nationals Gold in the 18U Bronze, Texas Elite-Baker in the 18U Copper, Texas Dirtbags in the 16U Red and the Austin Stars in the 16U White.