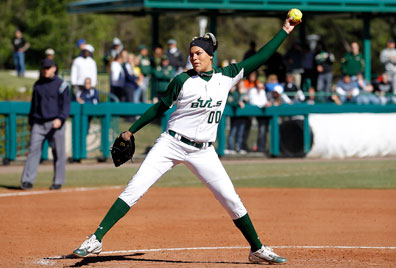 OKLAHOMA CITY, Okla. — The Amateur Softball Association (ASA) of America announced today the Top 25 Finalists for the 2012 USA Softball Collegiate Player of the Year, which will be announced at the opening of the 2012 NCAA Women’s College World Series (WCWS) in Oklahoma City. This award, which is considered one of the most prestigious honors in Division I women’s collegiate softball, is designed to recognize outstanding athletic achievement by female collegiate softball players across the country.  Among the selected 25 student-athletes is Ashley Hansen, the 2011 USA Softball Collegiate Player of the Year, as well as Katelyn Boyd and Chelsea Thomas, who were the other two finalists for last year’s award.

This year’s Top 25 is comprised of 13 seniors, seven juniors, four sophomores, and one freshman.  The student-athletes selected represent 17 NCAA Division I universities and eight athletic conferences. While California and Oklahoma lead the way among universities with three athlete representatives each, Alabama, Florida, Tennessee and Washington each have two members among the Top 25 Finalists.

The USA Softball Collegiate Player of the Year award is voted on by coaching representatives from 11 Division I Conferences in the 15 ASA Regions as well as members of the media who consistently cover Division I Softball across the country.