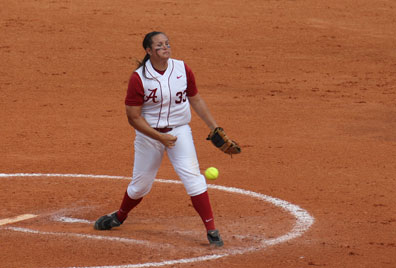 OKLAHOMA CITY, Okla. - The Amateur Softball Association (ASA) of America announced today the Finalists for the 2012 USA Softball Collegiate Player of the Year, which will be announced at the opening of the 2012 NCAA Women’s College World Series (WCWS) in Oklahoma City.

Due to a tie, 11 individuals are being honored on the list below. This award, which is considered one of the most prestigious honors in Division I women’s collegiate softball, is designed to recognize outstanding athletic achievement by female collegiate softball players across the country.

This year’s finalists are comprised of five seniors, three juniors, two sophomores, and one freshman.  The student-athletes selected represent nine NCAA Division I universities and six athletic conferences. California and Oklahoma lead the way among universities with two athlete representatives each.

The three finalists selected from this list will be announced May 23, while the winner of the 2012 USA Softball Collegiate Player of the Year Award will be revealed on May 29 prior to the start of the NCAA WCWS in Oklahoma City.