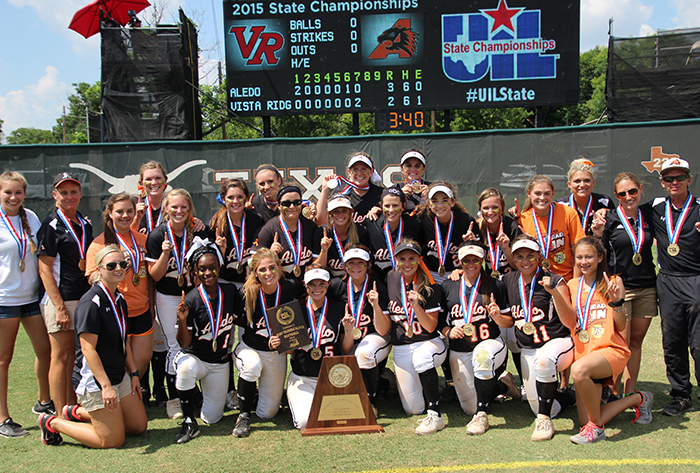 The Ladycats captured their second consecutive Texas Class 5A state championship and finished ranked in the top six of several national polls, including No. 6 in the USA Today Sports/NFCA High School Super 25. The wire-to-wire No. 1 ranked team in Texas finished 2015 at 23-1 and has won 46 of their last 47 contests with 20 of those victories coming in the Texas State playoffs. Guided by Lemons, the Texas Girls Coaches Association Class 5A/6A and two-time Texas Sportswriters Association 5A Coach of the Year, the Ladycats completed their third straight undefeated district schedule courtesy of an high powered offense that hit .423 and outscored opponents, 163-16.

2015 NFCA Regional Coaching Staff of the Year winners for this season were:

A young Immaculate Heart program (no seniors) posted a 31-3 overall record on its way to a Non-Public A state championship. Courtesy of a walk-off RBI single by Ally Dudek and a four-hit shutout by Olivia Sprofera, the Blue Eagles defeated Notre Dame 1-0 in the state finals for the program’s 10th state title. IHA finished 2015 ranked 15th in the USA Today Sports/NFCA High School Super 25.

SMCC captured the Michigan Division 3 state championship and ended the season, 37-5. The Kestrals set a school record for victories surpassing the previous mark of 29. In addition, SMCC hit a program-best 22 home runs and scored 306 runs (7.4 per game), while getting a Michigan Gatorade Player of the Year performance in the circle from Meaghan Beaubien (33-3, 0.32 ERA).

Despite losing six seniors and having a pitcher coming off off-season surgery, North Davidson overcame a third-place conference showing to finish as the NCHSAA Class 4-A state runner up. During its run to the finals, the Black Knights snapped Alexander Central’s 95-game winning streak in the state semifinals.