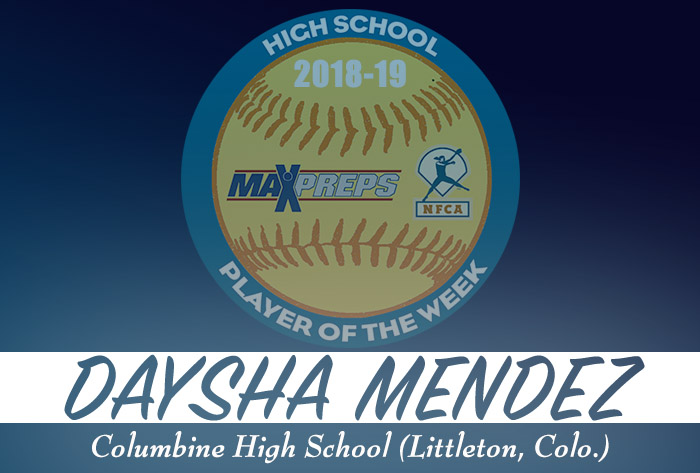 LOUISVILLE, Ky. – Highlighted by a pair of multi-homer games and 10 RBI, Daysha Mendez of Columbine High School (Littleton, Colo.) was named MaxPreps/NFCA National High School Player of the Week for her outstanding play during the week of Sept. 3-9.

Mendez, who slugged 1.764 on the week, clubbed four home runs, two triples and a double, helping the Rebels to a 4-1 week. She posted a .765 batting average with 13 hits, 12 runs scored and a .789 on-base percentage. Mendez’s multi-homer contests came in win over Denver East (five RBI, four runs) and a one-run defeat to Mountain Vista (two RBI, two runs). The senior outfielder added two hits and three RBI versus Ponderosa and was 4-for-4 in a one-run win over ThunderRidge.