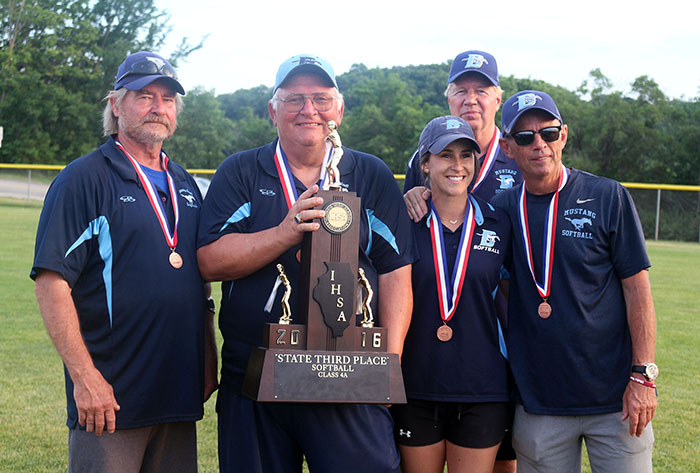 The Mustangs had an extremely successful campaign, as they were one of top-ranked teams in Illinois throughout the season and reached the 4A state semifinals. They also earned multiple victories over top teams from other states, including Indiana and Florida. The staff of head coach Ron Havelka and assistants Jim Cushing, Lauren Berg, Bill Drenth and Chuck Robinson guided Downers Grove to 36 wins and a top-three finish in the 4A division.

Havelka and Cushing have coached at Downers Grove South for 24 years and have amassed over 700 wins during their illustrious tenure together. Havelka, an Illinois Coaches Association Hall of Famer, decided to retire after this season with one of the best coaching resumés the state of Illinois has seen.